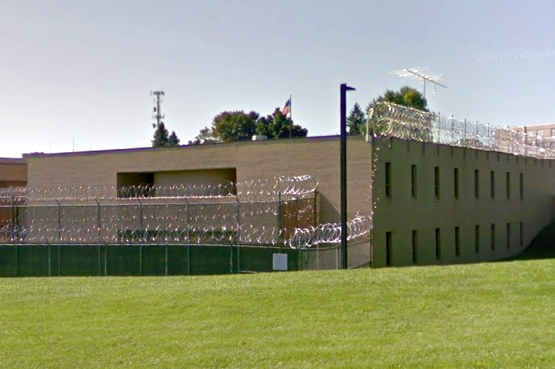 Ashley Menser, who is battling cancer, initially was held at Lebanon County Correctional Facility, above, after she was sentenced to at least 10 months in prison for stealing $110 worth of groceries from a Weis Market.

A Pennsylvania woman battling cancer is receiving treatment inside a state prison despite requests that she be placed on house arrest so she can continue being seen by her regular oncologist.

In a case that has generated national attention, Ashley Menser, 36, was sentenced to 10 months to seven years in prison for stealing about $110 worth of groceries from a Weis Market in Lebanon County.

Menser received the strong sentence due to a criminal history that includes theft and drug possession charges. But she also has uterine and cervical cancer.

Menser had an appointment at Hershey Medical Center's Cancer Institute after her sentencing on Jan. 22, according to the PA Post. Her family said Menser expected to be scheduled for a hysterectomy to remove the cancer.

But Judge Samuel A. Kline sent Menser to Lebanon County Correctional Facility to begin serving her time, though he reportedly urged Menser be moved to a state facility that could better address her health needs.

On Monday, Menser's lawyer, Scot Feeman, said she had been transferred to a Pennsylvania state prison.

Menser has been receiving treatment since being diagnosed in 2011. She wrote her parents from prison, saying that she felt weak and was in pain.

Respectfully urging @WGAL @abc27News and @CBS21NEWS to ask Judge Samuel Kline in Lebanon to explain the rationale behind his imprisonment of a woman with documented cancer over a shoplifting charge of $109. https://t.co/4N50n4aKPK

Even though Menser's situation is getting national attention, the dual reality of being an inmate while having cancer is not uncommon. The Bureau of Justice Statistics reported that 22 percent of inmate deaths in 2016 were cancer-related – and those deaths are on the rise.

In 2017, The Inquirer reported that cancer is a leading cause of death for Pennsylvania inmates.