Pennsylvania, New Jersey ranked in top 10 worst states to live in during a zombie apocalypse 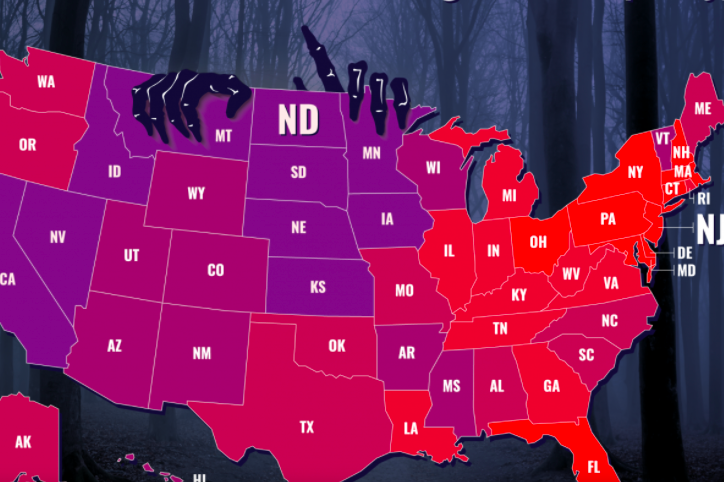 A study out of CableTV.com ranked all 50 states for their overall survivability during a zombie apocalypse and Pennsylvania and New Jersey ranked low on the list.

If you've ever wondered how you'd hold up in a zombie apocalypse, a new study looked into all 50 states survivability during an invasion of the undead.

New Jersey and Pennsylvania ranked among the top 10 worst states for surviving a zombie apocalypse.

The study, “Doomsday, USA: The Best and Worst States for Surviving a Zombie Apocalypse” came from CableTV.com and ranked three factors: population density in each state, the gross receipts of farms per capita, and what percentage of each state's electricity is from solar power.

“Eastern states are a lot more densely populated, don’t have nearly as much farmland, and the bottom 10 averages only 4% in solar panel electricity," the study said.

Pennsylvania was ranked the eighth worst state. The Keystone state pulls in only an average of $0.49 of farming money per capita.

The best state to be in would be North Dakota, the study said. The state had the highest gross receipts of farms per capita.

The Garden State was ranked the No. 1 worst state. New Jerseyans are 14 more times likely to die in the apocalypse than North Dakotans.

While things might not look too great for the states in our area, the Centers for Disease Control and Prevention has a zombie preparedness guide to brush up on.