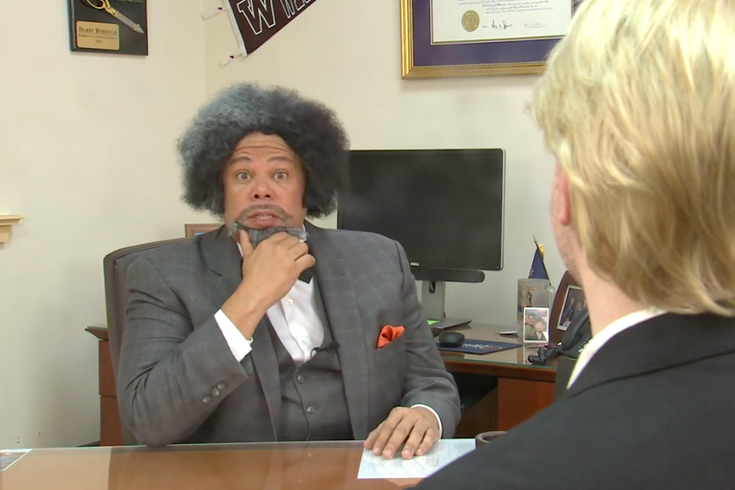 State Sen. Anthony Williams, D-Philadelphia, published the parody video to his website Tuesday. In the video, Williams plays Douglass and narrates a fictional trip to the White House with Trump.

At the beginning of February, Trump mentioned Douglass during a press conference to kick off Black History Month.

"Frederick Douglass is an example of somebody who's done an amazing job and is being recognized more and more, I notice," Trump said. Some critics interpreted his comments as suggesting Trump believed Douglass was still alive.

Douglass, who was born into slavery, became a prominent writer and anti-slavery activist after escaping in 1838. He died in 1895.