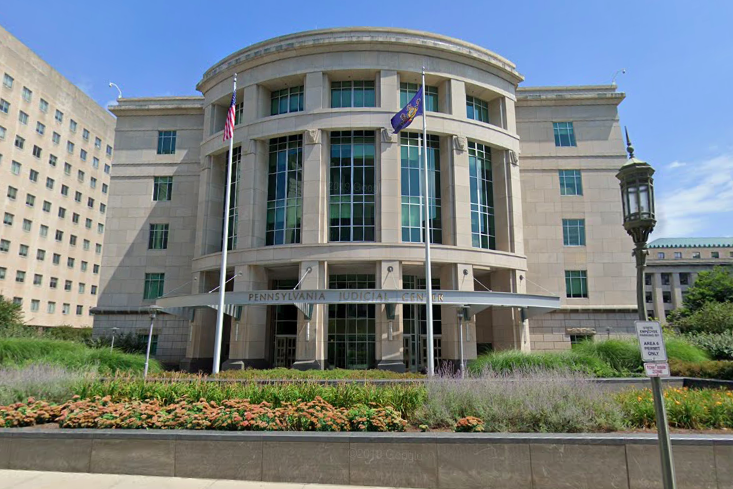 The language of a Pennsylvania law concerning witness retaliation was challenged on grounds of grammatical ambiguity, but the state Supreme Court ultimately knocked down the appeal of a convicted arsonist.

When all else fails and you're headed to prison for 66½ to 133 years, your last recourse may be to question the law on grounds of grammatical ambiguity.

That's what a western Pennsylvania man recently did in an attempt to wriggle out of his lengthy prison term for committing arson. The case, handled by the Supreme Court of Pennsylvania, is master class in obfuscation.

In March 2014, a husband and wife witnessed a fatal shooting outside their home in Pittsburgh. They helped investigators identify Theodore Smedley, who later pleaded guilty in the fatal shooting as well as a double homicide in Garfield.

Prior to the start of Smedley's trial, in June 2015, a fire occurred at the home of the husband and wife who assisted in bringing Smedley to justice. The family was able to escape their burning home with non-life-threatening injuries, but the property was destroyed and damage was done to others nearby.

Authorities later arrested Charles Nevels and charged him with attempted homicide and aggravated arson. As it turned out, Nevels was the cousin of Theodore Smedley, who allegedly told Nevels to start the fire to retaliate against the witnesses to his crime.

In a last ditch effort to beat his conviction, Nevels appealed on grounds that the evidence against him was insufficient as a matter of law, specifically the law regarding retaliation against a witness.

Nevels' legal team argued that the statute criminalizing retaliation against witnesses applies only to witnesses in civil litigation, not criminal cases. The basis of that argument? The grammatical structure of the law.

The Pennsylvania statute concerning retaliation against witnesses (Section 4953) was originally enacted in 1980. It read as follows:

(a) Offense defined. A person commits an offense if he harms another by any unlawful act in retaliation for anything lawfully done in the capacity of witness or victim.

The provision was amended in 2000 to clarify that the law also applied to civil matters, not just criminal cases:

(a) Offense defined.--A person commits an offense if he harms another by any unlawful act or engages in a course of conduct or repeatedly commits acts which threaten another in retaliation for anything lawfully done in the capacity of witness, victim or a party in a civil matter.

Essentially, Nevels' appeal argued that the grammar of the amended statute narrowed the law about retaliation against witnesses solely to those involved in civil matters, not criminal cases. By adding, "or a party in a civil matter," the appeal claimed, the revised statute meant that "witness" and "victim" also were modified by the phrase, "in a civil matter," to the exclusion of a "witness" or "victim" in a criminal matter.

From the Supreme Court's ruling:

Highlighting that statutory words and phrases should "be construed according to rules of grammar and according to their common and approved usage," 1 Pa.C.S. §1903, Appellant asserts that the most natural reading of Section 4953(a) suggests it only protects individuals from retaliation for their role in civil proceedings. Appellant posits that an interpretation whereby the statute protects parties in civil proceedings only, while also protecting witnesses and victims in criminal proceedings, would lead to an absurd result.

The appeal claimed that the statute's ambiguity meant it "must be read strictly against the government under the rule of lenity," which affords a defendant the most favorable application of the law in such cases of uncertainty.

A divided three-judge Superior Court panel determined that Nevels' sentence must be upheld. The majority ruled that the statute's civil matter qualifier modifies only the immediately preceding word, "party."

The Supreme Court also upheld that opinion by a unanimous vote, ruling against Nevels primarily on two interpretations.

First, the statutory definitions of "witness" and "victim" are to be understood within the context of criminal proceedings first and foremost, "unless the context clearly indicates otherwise."

In effect, the statute was revised in 2000 precisely because there was some room for ambiguity as to whether retaliation against witnesses and victims would apply in civil matters. The language was added to ensure that the law didn't exclude such instances of retaliation.

But if that wasn't a good enough rebuttal, the majority also swatted down Nevels' grammatical challenge:

Nor does a grammatical analysis of the statutory text lead to such a result. Appellant’s reading assumes that the words witness and victim are essentially in a series with party, so that all three are subject to the "civil matter" qualifier appearing at the end of the sentence. But the Legislature’s use of the indefinite article "a" in the middle of the series undermines that reading. If the nouns in Section 4953(a) were intended to be placed in a series, traditional English grammar would suggest usage of a parallel structure. The Legislature instead used a parallel structure for victim and witness, and then it interrupted that parallelism by placing "or a" before "party in a civil matter." It is therefore questionable at best to read "in a civil matter" as limiting anything other than "party."

The cruel irony of the entire case is that Nevels was not only identified through neighborhood surveillance video, but was also implicated by Dorian Smedley, another cousin who was involved in other criminal acts in Pittsburgh.

Although the Superior Court dissenting judge opined that the law was ambiguously written, common sense prevailed.

Perhaps the law should get a 2020 revision to keep up the pattern of tweaking it every 20 years. A separate sentence to address civil matters would be highly recommended to save taxpayer money in the future.