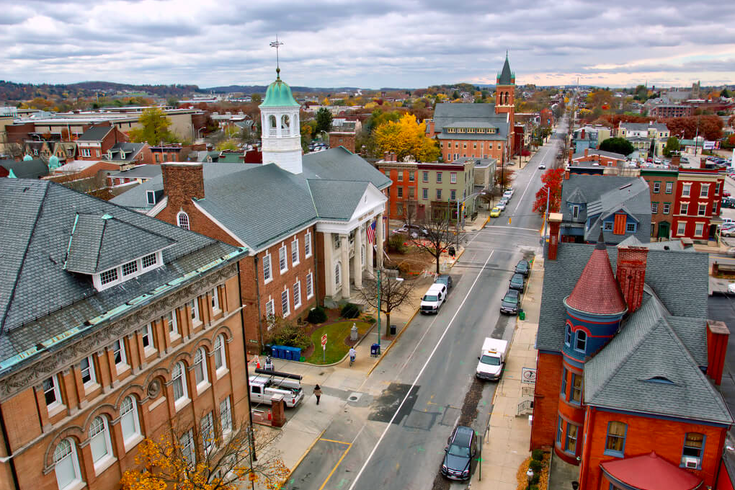 One of the best parts about skipping town — whether it's a day trip, a weekend or a vacation — is taking in the scenery that gives permanence and appeal to the places you visit. It's nice to see what defines "home" to the people who live there, and very often it's a town's main strip that gives the most telling picture of both its history and development.

Best Value Schools, an online guide to college and university degree programs, annually compiles a list of the "most charming college town main streets" in the United States. The list, narrowed down from 100 towns, includes only those municipalities with at least one college or university sharing the same zip code. Picking the top 30 comes down to walkability, amenities and the calendar of local events.

In no particular order, the website ranked York, Pennsylvania, among the top 30 based on the presence of Penn State's satellite campus and York College of Pennsylvania.

York, Pennsylvania ... is a small town with a full-time population of fewer than 50,000 people. But don’t let that fool you — this little town is full of enough charm for multiple towns of bigger size! York has invested heavily in its downtown, and the result is absolutely charming. Market Street is lined with Late Victorians and Classical Revival buildings that now house locally owned shops and restaurants, and are open late on the first Friday of each month.

In the past, York's "main street" has been praised by Travel + Leisure, which similarly noted the repurposing and rebirth of historical buildings after four major department stores shut down in 1978.

Arguably the most enduring attraction in York remains the Central Market, a community hub for food, crafts and entertainment which has stood at North Beaver and Philadelphia streets since the mid-18th century. York County, as a whole, is often billed as the Factory Tour Capital of the World, offering a window into the region's manufacturing legacy in everything from motorcycles to textiles, violins and potato chips.

Check out the full list from Best Value Schools here.