Pennsylvania vet told to stop blaring 'Taps' every night before 8 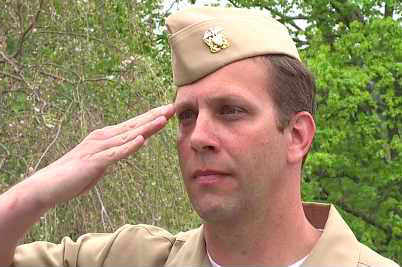 Navy Lieutenant Commander Joshua Corney, himself a member of the six-person Glen Rock Borough Council, was not present at the unanimous June 21 vote to designate the playing of "Taps" a nuisance ordinance violation. Corney told FOX 43 the vote was not on the agenda and that his fellow council members were aware he could not attend that night's meeting due to a scheduled surgery.

"We, the undersigned, move for the council members to approve the continued playing of Taps nightly at the designated time of 7:57pm at the current amplified level and to protect its playing from violation of any Glen Rock ordinance as an accepted patriotic town tradition," said the petition, which had collected 865 signatures out of a required 1,000 as of publication.

Corney explained in a video accompanying the petition that he decided to start playing "Taps" every night when he returned home from deployments, not just to honor those who have died but to show respect for those who continue to serve.

"I made a promise to God that if he brought me home safely to my family, that I would do something in remembrance of those that have died, specifically, but also for those who are continuing to serve."

First played at Harrison's Landing, Virginia, in July 1862, "Taps" was soon adopted by both the Union and Confederate armies. The 57-second bugle call became a standard in U.S. military funerals in 1891.