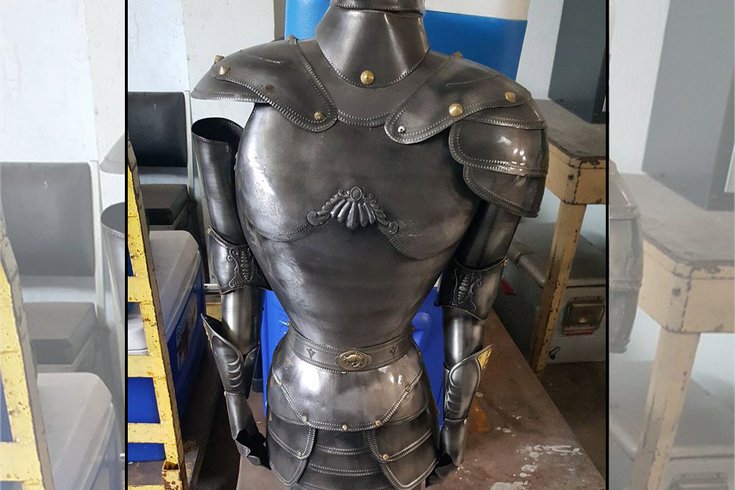 Philadelphia has put a confiscated suit of armor up for sale on auction site Municibid.

Is your child obsessed with medieval warfare? What, have you never been asked that question before?

If you have or know a kid with a historical imagination that goes beyond Minecraft, the city of Philadelphia might have the perfect artifact for you.

On Monday, city officials placed a youth-sized suit of armor on the auction site Municibid, which provides a platform for cities to make money by selling unused or confiscated goods.

There is virtually no information available about the origin of this suit of armor. The posting explains that it will be "SOLD AS IS," without a helmet, to whichever bidder offers the most money by next Monday.

The bidding has begun to heat up. After 29 bids, the price currently sits at $260. That's got to be far lower than a museum would have to pay for an authentic metal suit of armor.

City spokesperson Mike Dunn explained that L&I inspectors took the suit from an illegal flea market several months ago. It appears to be more for display than for a kid to actually wear. Dunn added that the suit is likely a "cheaply made replica," which has nothing to do with whether or not it's still cool.

According to Mayor Jim Kenney's first-year report, Philadelphia made more than $545,000 selling off old equipment to the site in 2016.

"The city auctions off a variety of items," Dunn said in an email. "Over the past year, we have sold end of life vehicles, old bicycles/bicycle parts, toner, assorted technology equipment, scaffolding, furniture, etc. By auctioning off items the city is not using, we provide a fair and open process for members of the public who may be interested in acquiring them, reduce waste, and bring in revenue."

Once a winning bid is established for the suit of armor, the buyer will have five working days to make a payment.