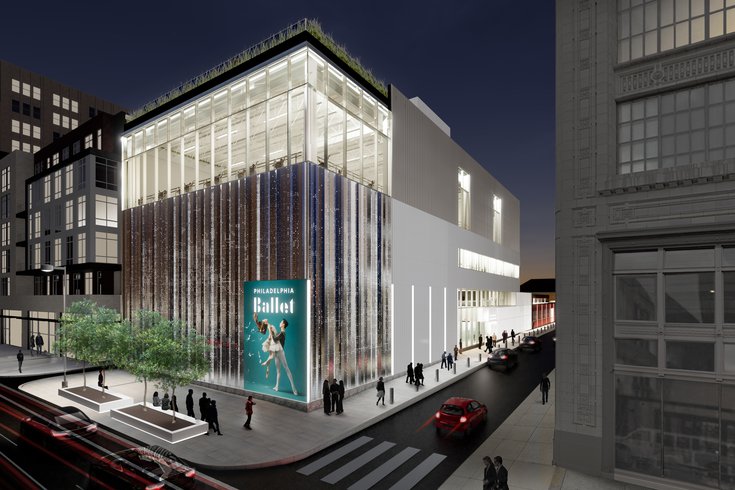 The Philadelphia Ballet will complete a $34 million renovation of its building on North Broad Street by 2024. The expansion will add 43,000-square-feet of space, including a new theater, community spaces, and a top-story glass-walled studio.

The Philadelphia Ballet is preparing to break ground on a large-scale remodel of its dance studio and performance space on North Broad Street, the company announced on Friday.

The Center for Dance will add 43,000-square-feet to the ballet's current building, expanding it to five stories and doubling the space for programming, rehearsals and performances. The $34 million project aims to put Philly's leading studio on par with dance companies in other major American cities.

The project encapsulates a plan envisioned by the ballet since it acquired the building in 2007, the Inquirer reported. The entire renovation is slated for completion by 2024.

"Philadelphia Ballet is a company deeply committed to excellence in our art form, and to engaging with our community through the transformative power of dance," Shelly Power, executive director of the Philadelphia Ballet, said in a release. "From state-of-the-art rehearsal studios, to added resources for community education and programming, to beautiful, welcoming spaces open to all, this new company home will allow us to expand on those commitments in innumerable ways. We're thrilled to embark on this journey."

The expansion seeks to create new connections with the community through its large gathering space, which will be used for artist showcases, events, educational programming and receptions. 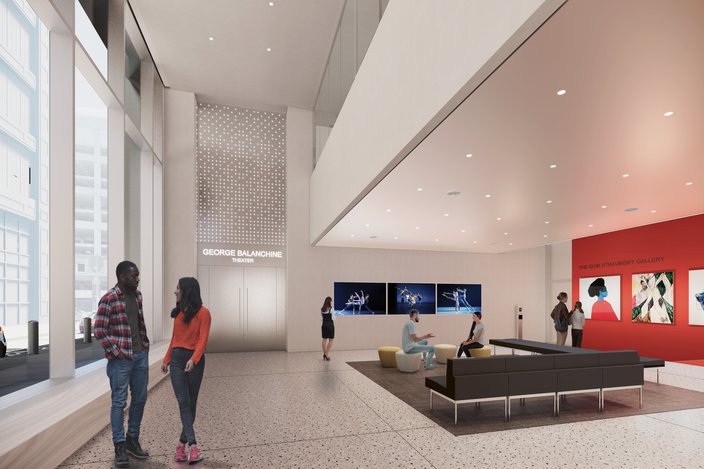 The Philadelphia Ballet Center for Dance will feature a gathering room dedicated to community engagement, including artist showcases, community events, educational programming, and special receptions. It's part of the dance company's efforts to enlarge its impact to Philadelphia.

There also will be a large screen outside of the building where organizers with the ballet can advertise its current showings. Other features include a cyber school room for students, a training facility and a gym for dancers to use between rehearsals.

A large, black box venue will be used as a performance and rehearsal space to provide a more immersive experience for choreography among dancers. It's one of many multipurpose spaces being added to the building, something the current facility doesn't have.

At least 60% of the project is being funded by private donors and state funding. The company has struggled to recover from the economic impacts of the COVID-19 pandemic.

The ballet's most popular attraction and biggest revenue stream is its annual performance of Tchaikovsky's "The Nutcracker." In 2020, the dance company — previously known as the Pennsylvania Ballet — was forced to cancel its performances.

When the show returned in 2021, the production's opening night sold out quickly. The show, which is an entry point for dancing and ballet for children throughout the world, was performed by dancers who had previously done the show when they were younger. 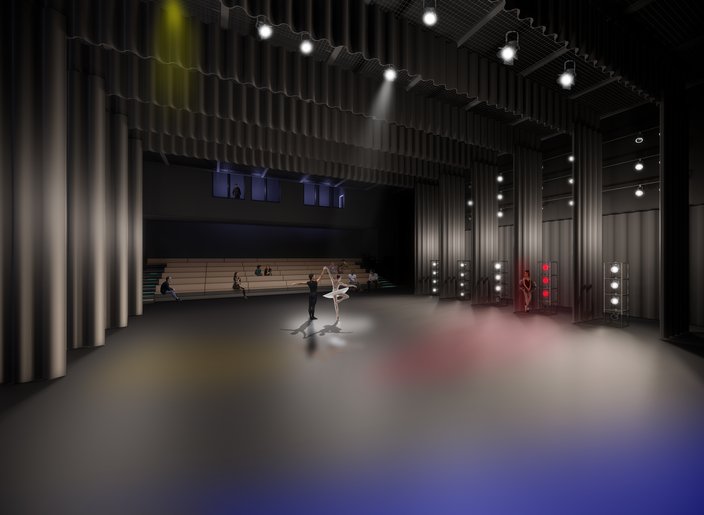 Also new to the Philadelphia Ballet Center for Dance will be a large black box rehearsal and performance space, enhancing the experience of the Ballet's performances and community events.

The new building will be designed by Philadelphia-based firm Varenhorst Architects.

"It is a complete joy to announce our plans for this bold, exciting new chapter for Philadelphia Ballet, as we look ahead to the 60th anniversary of our company's founding by Barbara Weisberger," said Angel Corella, artistic director of Philadelphia Ballet. "This world-class Center for Dance is a true reflection of Philadelphia Ballet's status as one of the nation's leading ballet companies and will significantly increase the organization's ability to support our artists, train and nurture ballet's next generation of performers, and serve our diverse community in Philadelphia and beyond."

Weisberger, who founded Philadelphia Ballet in 1963 after being encouraged by "father of American ballet" and New York City Ballet co-founder George Balanchine, died in December 2020 at age 94. She led the ballet for more than 20 years before stepping back in the early 1990s.