The R&B singer also is featured on the TV judge's new album, which will be released on Sept. 9 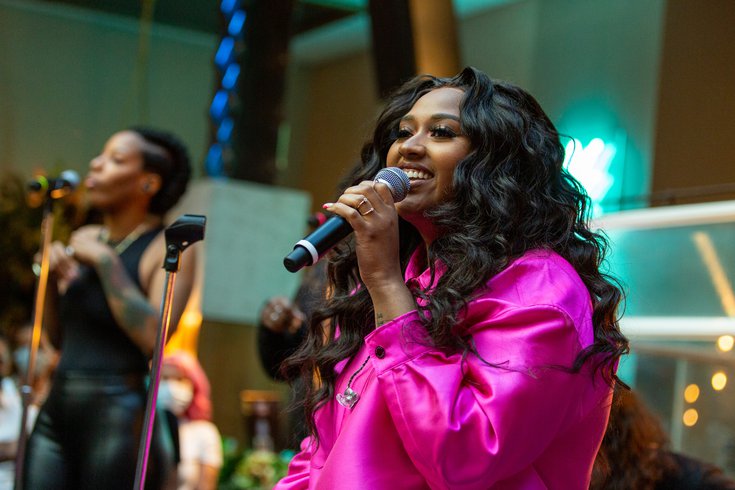 Jazmine Sullivan will appear on the upcoming season of NBC's popular singing competition show 'The Voice.' The R&B singer will work as John Legend's Battle Advisor to assist in coaching aspiring performers before they go head-to-head in the competition.

Jazmine Sullivan is one of four artists that will appear as battle advisors during the upcoming season of NBC's hit singing competition show "The Voice," which is set to premiere on Monday, Sept. 19.

The R&B singer will work with fellow musician John Legend as he builds his team of performers and prepares them to go head-to-head with other contestants. The winner of the show will receive $100,000 and a recording contract with Universal Music Group.

The first six episodes of each season of "The Voice" are dedicated to the audition process, where aspiring singers take the stage to test out their vocals on four rotating celebrity judges. The judges' backs are turned away from them in order to ensure that the focus is on their voices and not their appearance.

When the battle rounds begin, viewers will be able to catch Sullivan and the other advisors as they work with newly formed teams to prepare them for competition.

Season 22's other battle advisors include pop singer Charlie Puth, who will work alongside newcomer Camila Cabello, country artist Jimmie Allen who is working with Blake Shelton, and Sean Paul, who will be joining returning judge Gwen Stefani.

Legend chose Sullivan because he believes her story can inspire performers and get them excited to compete in the show.

"With my story, it's just about perseverance," Sullivan told E! News. "Just keep going, keep going. You never know when that moment is going to happen for you, but you got to be true to yourself. You got to keep doing your thing and know who you are, not change that. And then eventually, like you (Legend) said, people will start to come to you."

During season 21, Cabello appeared on the show as Legend's Battle Advisor. There, he told the pop singer that she would make an excellent mentor and coach, which led her to signing on for the upcoming season. For Sullivan fans eager to see the R&B singer in a more permanent position on the show, there may be some hope.

Fans of Sullivan and "The Voice" took to Twitter on Wednesday following NBC's official announcement to share their thoughts and excitement over the artist's upcoming appearance.

Wow Jazmine Sullivan is John Legend’s battle advisor for this new upcoming season of the voice, wow I can’t wait for this season… team legend literally has to win now

If Jazmine Sullivan was an actual judge on the voice, I’d go try out fr bc I’m choosing her no questions asked

jazmine sullivan’s on john legend’s team as battle advisor for the new season of the voice.... i would be SO mad if he didn’t turn around for me omg

Sullivan has never appeared on "The Voice" as a judge or advisor before, but renditions and covers of her music have been featured on the show multiple times. Most recently, Pia Renee performed Sullivan's debut single, "Need U Bad," during a live performance during season 20.

Renee, who was on Legend's team, was later voted off during the semi-finals after performing Bob Marley and Lauryn Hill's "Turn Your Lights Down Low."

"Need U Bad" was also featured in season 14, when Kelsea Johnson performed the song during the playoffs. A member of former judge Alicia Keys' team, she was eliminated after the performance.

Just a few years earlier, Bindi Liebowitz auditioned with another early Sullivan favorite, "Bust Your Windows," which earned her a spot on former judge Adam Levine's team, before being traded to work with Blake Shelton.

Sullivan and Legend are also preparing to release a new collaboration on the tracklist for "Legend," which will be released on Sept. 9. Their song, "Love," has yet to be released, though the album can be pre-saved.

For those looking to see Sullivan before then, she is headed back to her hometown of Philadelphia over Labor Day weekend to perform at the Made in America Festival. Tickets are still available for the city's largest music festival, which is held on the Benjamin Franklin Parkway.