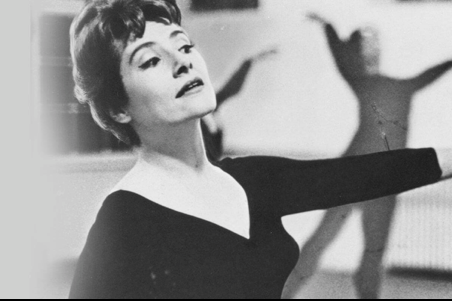 Barbara Weisberger, founder of the Pennsylvania Ballet, was a student and protege of famed choreographer George Balanchine, many of whose famous works were produced by her company in Philadelphia and remain in the organization's cycle.

Weisberger was a protege of choreographer and New York City ballet co-founder George Balanchine, who was considered the father of American ballet. He encouraged Weisberger to establish a company in Philadelphia, where she launched the Pennsylvania Ballet with help from a Ford Foundation grant in 1963.

It is with heavy hearts that we share the news that Barbara Weisberger, founder of Pennsylvania Ballet, passed away on...

Weisberger led the Pennsylvania Ballet for 20 years before leaving in the early 1990s amid internal conflicts and a dire financial picture for the company.

Over the past 20 years, the Pennsylvania Ballet has regained its financial footing and popularity. Weisberger, who became an honorary trustee after her departure, helped welcome the company into its new Louise Reed Center for Dance for its 50th season in 2013.

"We send our deepest condolences to the family, friends and fans of Mrs. Weisberger," the company said Monday. "The Pennsylvania Ballet will dance on in Barbara Weisberger’s memory forever."