Center City is brimming with vegetarian options, and the Philly suburbs aren't far behind 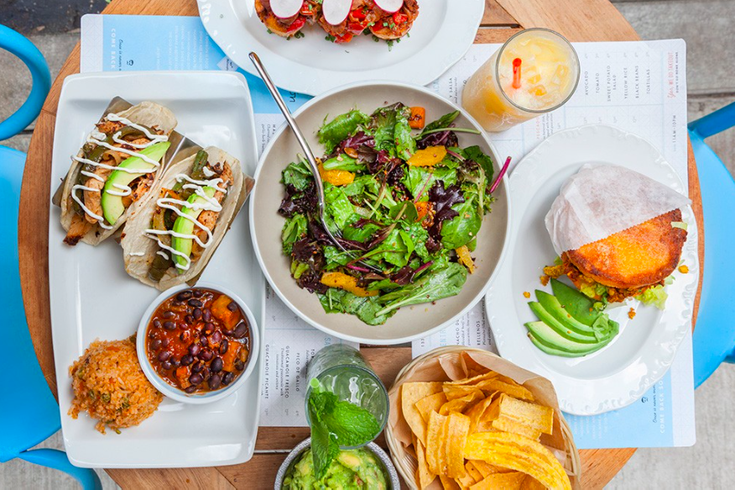 Center City's Bar Bombon was named one of the 50 best restaurants in the United States for vegetarians.

The nation's shift towards eating more plant-based foods seems, at this point, to be more than a passing trend. If you've hopped on the vegetarian train, whether for dietary or moral reasons, you probably spend a good chunk of your free time looking for local spots serving vegetarian food that's not just good, but great, because vegetarians deserve treat-yourself meals just as much as steak-eating carnivores.

Luckily, the folks at OpenTable have been keeping an eye on all things vegetarian thanks to user-generated data, and they've compiled a list of the 50 best restaurants in the country for vegetarians. Three of the 50 spots happen to be right here in Center City, and four more in the surrounding area.

Bar Bombon, Charlie was a sinner., and P.S. & Co. were all named to the OpenTable list, a trio of eateries you could hit with a 22-minute walk through Rittenhouse Square and Center City.

Outside the city proper, the list also included Glen Mills' Terrain Garden Cafe and Harvest Season Grill & Wine Bar, and King of Prussia's True Food Kitchen and Founding Farmers. Harvest actually has a number of locations in the Philly suburbs, but began with its first location in Glen Mills.

According to Food & Wine magazine, the OpenTable list culled information from Aug. 1, 2018 to July 31, 2019, taking in more than 12 million reviews. The 50 restaurants on the list were all scored highly on vegetarian options, and had overall high ratings and a wide base of reviews.

Now, I'm not sure how Center City's Vedge gets left off the list, considering it's one of the best and most inventive vegetarian restaurants in the country, but then this is the downfall of big user data: sometimes you just plain miss things.

Pennsylvania actually finished tied for second on the list in terms of restaurants by state, tied with New York. Unsurprisingly, California and its bountiful produce finished in first place.