The company, which filed for bankruptcy in July, was reportedly expected to issue a report to government officials Friday 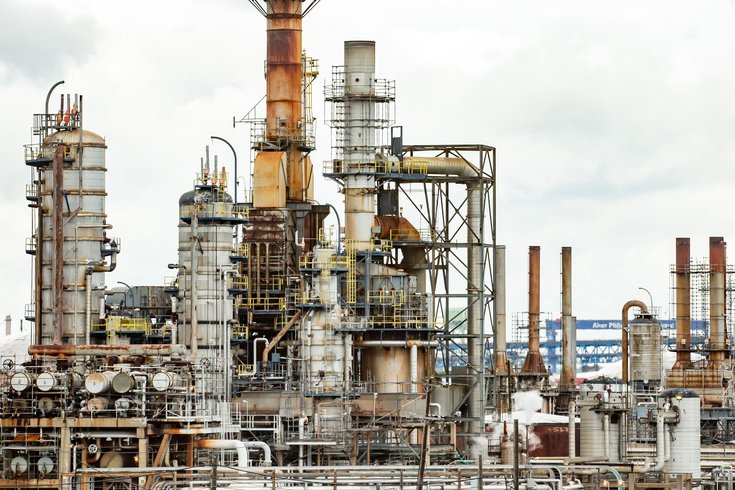 Seen here is the Philadelphia Energy Solutions oil refinery, hours after multiple large explosions occurred at the plant on June 21. The fire "may have" released hydrofluoric acid, according to a new report.

The June fire at South Philly's Philadelphia Energy Solutions oil refinery "may have" released hydrofluoric acid, according to a new report.

PES, which filed for bankruptcy last month and is facing a lawsuit from workers over layoffs after the incident, was expected to issue a report to Philadelphia government officials Friday about a potential release of the chemical, according to Reuters.

It's currently unclear how much of the chemical may have been released from the refinery, according to Reuters. The publication's Energy Editor emphasized on Twitter that it's possible a release of hydrofluoric acid did not occur, as details surrounding the report remain unclear.

Hydrofluoric acid is highly toxic, and can lead to a number of short- and long-term health problems, according to the CDC.

The incident, which took place in the early hours of June 21, began when a butane tank exploded, destroying an alkylation unit which uses hydrofluoric acid to process refined products.

On Friday, a spokesperson for the U.S. Environmental Protection Agency told the New York Times that the EPA is "installing multiple additional monitors around the refinery to detect any possible (hydrofluoric acid) release."

The Philadelphia Health Department issued a statement after the explosion saying that the it posed "no immediate danger" to the city's residents, though some experts believe the ramifications of the explosion could be felt by South Jersey residents.