The company informed workers on Wednesday that layoffs would go into effect the following Monday, suit claims 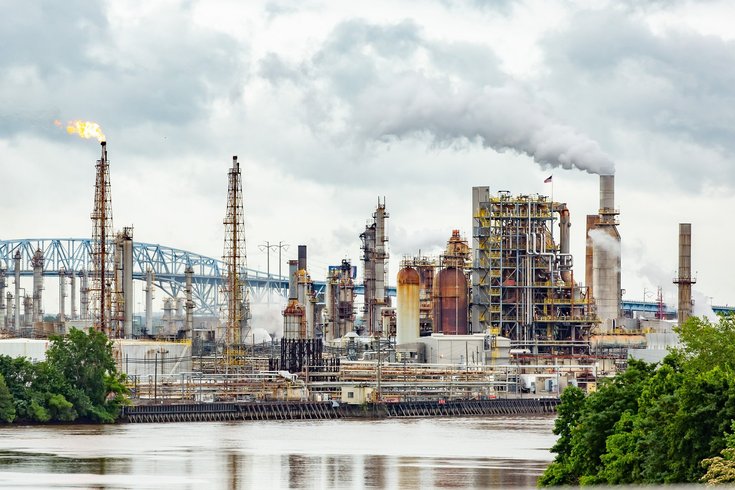 A lawsuit filed on behalf of Philadelphia Energy Solutions employees claims the company didn't provide ample advance warning to 1,000 workers who will be laid off without severance pay. The photo above shows the refinery in Southwest Philadelphia, hours after an explosion occurred on June 21.

A lawsuit was filed Friday in Eastern District Court on behalf of workers laid off from jobs at the Philadelphia Energy Solutions refinery in South Philly, which exploded and caught fire overnight last week.

The lawsuit claims that the company informed roughly 1,000 workers, including hundreds of union workers, of the layoffs with five days of advance notice, according to NPR. The employees were also informed they wouldn't receive severance pay.

The lawsuit cites the WARN Act, a federal rule requiring large-scale employers -- that is, companies that employ more than 100 workers -- to give at least 60 days of advance notice when expecting "massive" job loss, or to provide severance pay, neither of which happened in this case.

Mayor Jim Kenney confirmed Wednesday that Philadelphia Energy Solutions will be closing the refinery in question within the next month. The refinery is closing in part because the damage from the explosions and subsequent fire on June 21 is "too expensive" for the company to repair.

The refinery is, until it closes, both the oldest and largest oil refinery on the East Coast. The incident began when a butane tank exploded, destroying an alkylation unit which uses hydrofluoric acid to process refined products. The explosion sent fireballs into the air, which were visible and audible from miles away. The fire was extinguished Sunday, and an investigation into the fire is underway.

The Philadelphia Health Department issued a statement after the explosion saying that the explosion poses "no immediate danger" to the city's residents, though some experts believe the ramifications of the explosion could be felt by South Jersey residents.