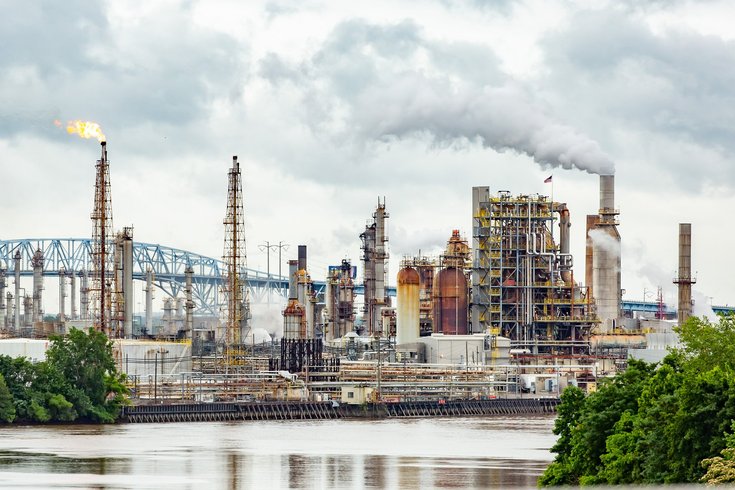 The Philadelphia Energy Solutions oil refinery in Southwest Philly will reportedly close, in part, as a result of the June 21, 2019, explosion and fire that damaged the plant's equipment. The photo above show the Girard Point portion of the refinery, hours after the explosion occurred.

Philadelphia Energy Solutions will permanently close the Southwest Philly oil refinery where there was an explosion and fire last week. Employee layoffs could begin happening as early as Wednesday.

Mayor Jim Kenney confirmed PES informed him Wednesday morning that the company will be shutting down the facility within the next month. More than 1,000 workers will be impacted, Kenney said.

Late Tuesday, Reuters cited two anonymous sources and reported that the damage to the Girard Point portion of the refinery  from the explosions and resulting three-alarm fire on June 21 would be too expensive for the already financially-fraught plant to repair. A closure plan would trigger layoffs for 100 non-union employees immediately, followed by more from the 700 union workers in mid-July, the report said.

The closure will not only cost the city hundreds of jobs, but also impact gasoline supplies on the busy eastern corridor. Before the possibility of a closure was even announced, the threat of a summer oil shortage drove oil futures up 3.9%.

"I’m extremely disappointed for the more than one thousand workers who will be immediately impacted by this closure, as well as other businesses that are dependent on the refinery operations," Kenney said in a statement. "The City is committed to supporting them during this difficult time in any way possible. We will immediately convene a group of City and quasi-governmental organizations to discuss the economic and employment impacts, and what the City is able to do in response."

The PES refinery is the oldest and largest on the East Coast and is comprised of the Girard Point and Point Breeze refineries. The June 21 fire was ignited early Friday morning when a butane tank exploded and destroyed a 30,000-bpd alkylation unit that uses hydrofluoric acid to process refined products. The explosion produced several fireballs that were felt and heard from miles away and the three-alarm was not completely extinguished until Sunday.

Federal officials announced Monday an investigation into the fire had begun.

Concerns surrounding air quality, pollution, workers' safety, and the refinery's financial stability have come to a head this week. Executive Director of PennEnvironment David Masur said the closure "is certainly the right step."

"We understand that there are hard decisions to make and that the loss of jobs will be difficult," Masur said in a statement. "But it’s time to start the transition process and move Philadelphia to a clean energy future, while ensuring that the workers displaced by this closure are properly compensated and protected. The local community should also be given the opportunity to provide input on the future of the site. With the refinery closing, city officials should use this as an opportunity to halt other new fossil fuel projects in the City."

It was the second blaze in two weeks at the complex, and despite the Philadelphia Heath Department's claims that the explosion posed no "immediate danger" to the health of Philadelphia residents, scientists are worried about the longterm effects.

"I understand where we are and our need for our economy to run with fossil fuels at the current time, but making a refinery in an urban area is probably not the best place to put that," Peter DeCarlo, a Drexel chemistry professor, told PhillyVoice on Friday. "There are other refinery complexes that are outside of large urban populations. Maybe we should think of where it makes the most sense to do this."

Last year, PES declared bankruptcy to reduce its debt and emerged from it in August, despite lingering cash flow issues. The Inquirer reported the cost of repairing damages from last week's fire would inevitably put the refinery closer to its financial demise.

As of Wednesday afternoon, it's unclear what PES will do with the property when it closes the refinery.