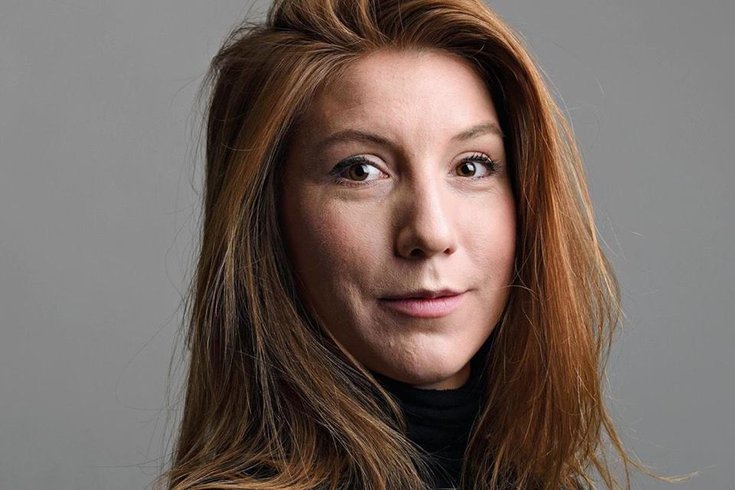 Kim Wall, a 30-year-old Swedish journalist, was murdered in 2017 while on assignment in Copenhagen.

As participants prepare for the 25th anniversary of the Philadelphia Marathon this weekend, two runners are heading to the city from New York in honor of Kim Wall, the 30-year-old Swedish journalist who was murdered while on assignment last year.

RELATED: These T-shirts were made for marathon spectators

Jack Williams and William Denselow, who graduated with Wall from Columbia Journalism School in 2013, are running in memory of Wall and to inspire donations to the Kim Wall Memorial Fund. The fund was created after Wall's death by her parents and friends, establishing a grant in Wall's name that would be awarded to a female journalist each year.

Williams and Denselow put a call out for donations to the fund on Facebook earlier this week.

"The memorial fund that has been set up in Kim's name will continue to fund her journalistic legacy for years to come, helping female reporters dive into, as Kim put it, the 'undercurrents of rebellion,'" the public post reads.

"Whether this meant traveling to Cuba or Haiti, Uganda, North Korea, China or the Marshall Islands, Kim's work gave a voice to individuals and communities that would otherwise have remained voiceless, vibrantly reminding us through her reporting and writing that this is their world, too."

Take a look at Kim's work, including writings for Harper's, Vice, Time, and others, on her memorial site.

The fund is now accepting applications for its second grantee, with applications due Jan. 4, 2019. Learn about donating here.