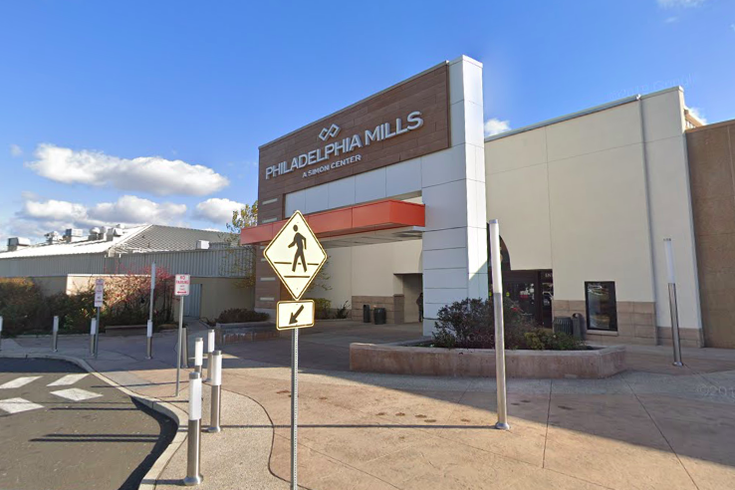 Dominic Billa, 21, was fatally shot inside the food court at Philadelphia Mills on March 29, 2021.

A 21-year-old man who was fatally shot in the food court of the Philadelphia Mills mall was the son of a homicide detective in the Philadelphia District Attorney's Office, authorities said.

Chaos broke out in the food court around 5 p.m. Monday near the orange entrance to the mall, located on the 1400 block of Franklin Mills Circle in Northeast Philadelphia.

The shooting stemmed from a fist fight that began inside the food court, investigators said. Witnesses reported hearing multiple shots fired. A video posted on Instagram from a security camera at one of the food court shops shows portions of the fight that preceded the shooting.

The mall was placed on lockdown amid a search for the shooter, but no suspects were arrested and no weapons were recovered Monday.

The victim, pronounced dead at the scene, was identified as Dominic Billa.

"I am heartbroken to confirm that this young man, Dominic Billa, was the stepson of a county detective assigned to my Homicide/Non-Fatal Shooting Unit," District Attorney Larry Krasner said Tuesday. "I extend my deepest condolences to our detective, and to the loved ones of Mr. Billa. We are outraged over the violence that claimed the life of this young man. Shopping malls, basketball courts, supermarkets, and all spaces in our communities should be free of the threat of gun violence."

Krasner said the investigation remains active as authorities continue their search for the shooter.

The incident comes amid an ongoing spike in shootings across Philadelphia. In another shooting Monday, a 55-year-old man was killed in Strawberry Mansion while working on a documentary about gun violence in the city.

Homicides in Philadelphia are up 26% from last year, when 499 were reported — the highest total since the city recorded 500 homicides in 1990.