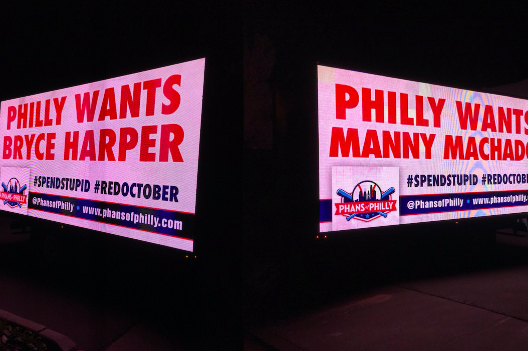 Billboards in Las Vegas call for MLB free agents Manny Machado and Bryce Harper to sign with the Philadelphia Phillies.

Mobile billboards popped up in Sin City on Tuesday night, where the Major League Baseball winter meetings are taking place. The signs' bold statements are a campaign for the Phillies to to sign one or both of Bryce Harper and Manny Machado. 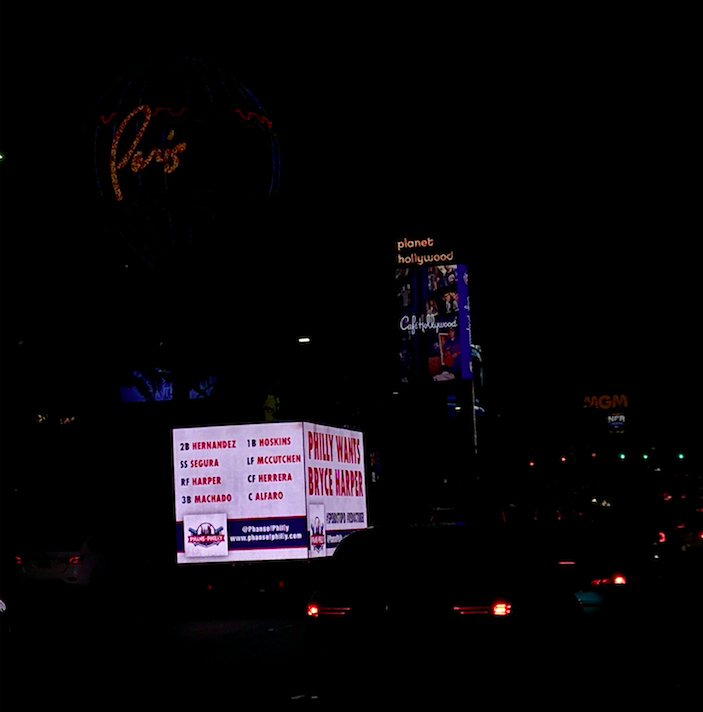 Harper and Machado are each expected to fetch in excess of $300 million for long-term contracts as free agents.

The Phillies entered free agency with plenty of gusto after owner John Middleton claimed the team would "be a little bit stupid" about throwing money at the league's marquee players. Scott Boras, the agent representing both Harper and Machado, is known to drive a hard bargain for his clients. 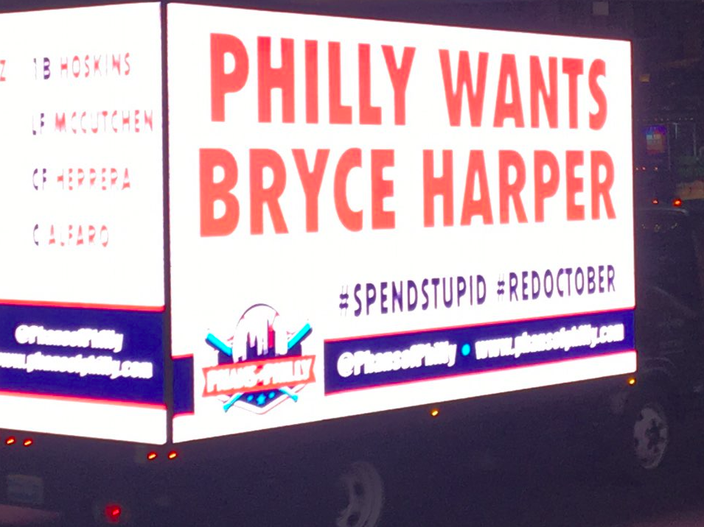 The digital billboards in Vegas, placed on a truck, come from Philadelphia sports travel group Phans of Philly, which offers packages to see the Phillies, Flyers, Eagles and Sixers in cities around the United States.


The Phillies have thus far acquired Jean Segura and Andrew McCutchen as they look to bolster their roster for a run at the NL East crown next season. The team is expected to meet with Boras about Machado and Harper this week.

"We are excited about the current signings the Phillies have made and the upcoming season," said Joe DiBiaggio, owner of Phans of Philly. "We would love for them to sign a superstar and finish it off."

DiBiaggio said the billboards were visible Tuesday night night for two hours and will be there again Wednesday for three hours. The MLB Network planned to broadcast the truck live on their show at some point in the day, he added.

This time around, Harper and Machado have both been linked to Philadelphia for months. A little extra push never hurts.