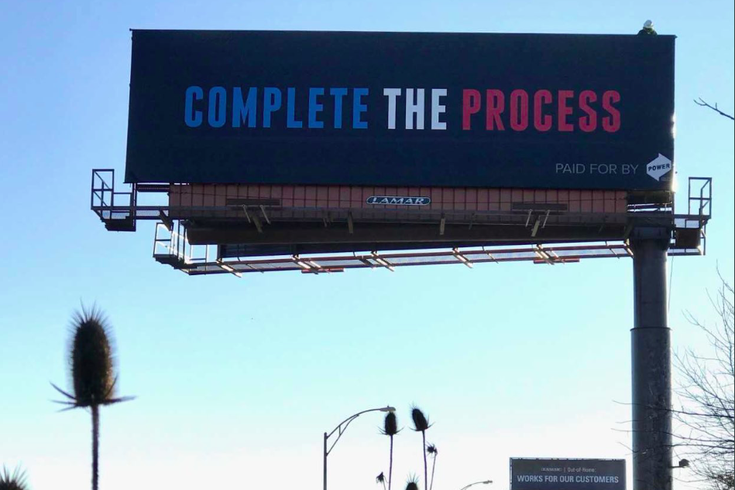 Taking a page straight out of Hollywood, a Philadelphia area company on Monday installed three billboards in Cleveland in a bid to lure soon-to-be free agent LeBron James to the Sixers.

A Philadelphia-based company put up three billboards on highway to downtown Cleveland this morning saying that city wanted LeBron. Here they are in order. pic.twitter.com/vntsa8h3mE

Here's a closer look at the billboards, which are all located on I-480 within ten minutes of Quicken Loans Arena. 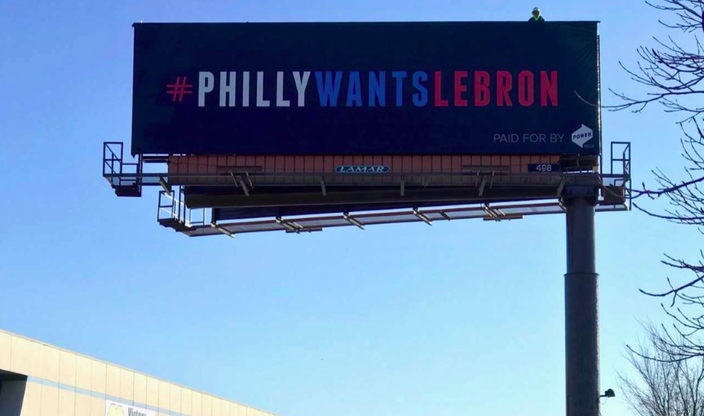 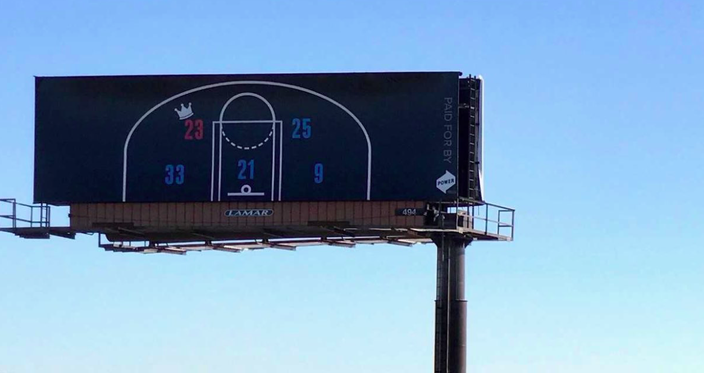 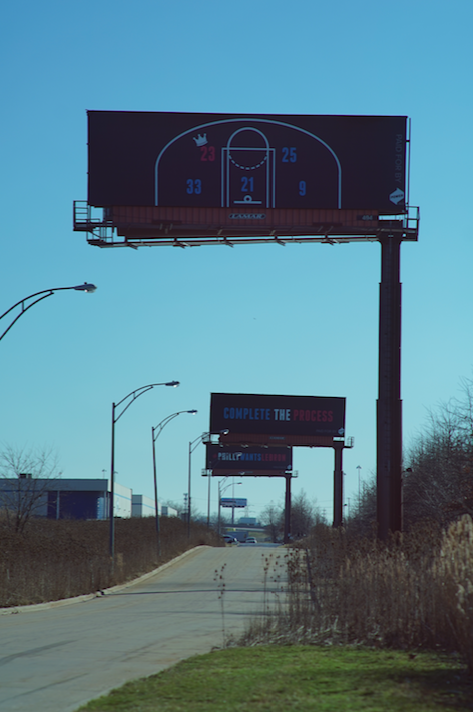 Asher Raphael, CEO at Power Home Remodeling Group, said the company came up with the idea a few months ago while traveling for a kickoff tour in all of their national territories. During a stop in Cleveland, he predicted that the Eagles were going to win the Super Bowl this year and the Sixers would be next up for a championship in Philadelphia.

The light bulb flicked on after Raphael and his colleagues saw the critically acclaimed film.

"People don't talk about Philly for LeBron because it's an underdog town," Raphael said. "But this would be the best situation for him. He could win championships here, the fans are great and it would be good for the NBA. It keeps LeBron in the Eastern Conference."

Raphael initially considered installing the billboards in Philadelphia, but realized that would only be preaching to the choir. In Cleveland, city officials told him the billboards would require a display of the company's logo and would also need to be classified as a political advertisement.

The 33-year-old James, a three-time NBA champion and four-time league MVP, is expected to leave his home state Cavaliers at the end of the current season after a series of strategic trades drastically reshaped Cleveland's roster.

Entering the final chapter of his career, it's widely believed James will opt for a team with a talented core of players he can propel to the next level. The Sixers, who have ample salary cap space and one of the best young rosters in the NBA, have been gaining ground in the discussion.

Writing last week for The Ringer, Bill Simmons went so far as to construct a closing narrative for LeBron's career, with an eye toward finishing his fairy tale better than Michael Jordan did in his final days with the Washington Wizards.

In 2018, LeBron James signed with Philadelphia to build one last mini-dynasty with Embiid and Simmons. He vowed to play seven more years, until he turned 40, and vowed to make it his last stop. Just as important, he wanted to be closer to New York City and to his goal of becoming the first active billionaire athlete, with an eye on building his business empire and eventually owning an NBA franchise.

LeBron's well-known mentorship of Sixers rookie Ben Simmons, not to mention Joel Embiid's years-long recruitment of the King, strongly hint that the links to Philadelphia are no longer idle speculation.

James, who's also known to use "NBA2K" to test out on-court combinations, even played as the Sixers during the NBA All-Star break and gave a shout-out to virtual Ben Simmons. The two share the same talent agency, Klutch Sports, and were recently pictured together in a photo posted on Simmons' Instagram.

The market for LeBron James will likely start at his max contract of $34 million, a number the Sixers have the flexibility to meet if GM Bryan Colangelo is bullish enough on acquiring the face of the NBA. Other potential suitors include the Los Angeles Lakers, Houston Rockets and Golden State Warriors.

For now, the playoff-hungry Sixers will travel to Cleveland for a primetime matchup with the Cavaliers on Thursday night. You can bet LeBron James will have seen those billboards inviting him to Complete the Process in Philadelphia. It will be an early rehearsal for the Sixers where the King currently holds court.

Raphael said he hopes James will read the billboards as a serious invitation to take his talents to the City of Brotherly Love.

"It's a win-win," Raphael said. "We're a big employer in the area and we want to help bring championships to Philadelphia."