Video animation recreates the disaster that sent the facility's alkylation unit flying for nearly a half mile; Watch it below.

By Virginia Streva and Emily Rolen 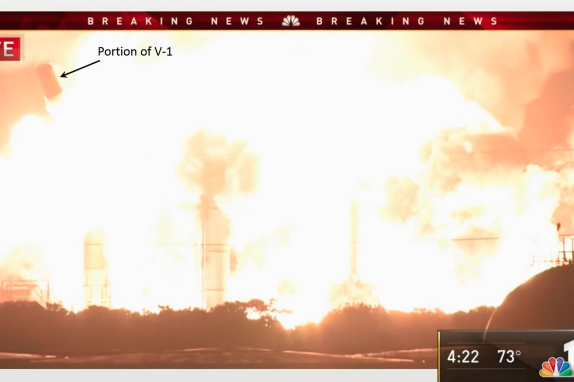 A video still from NBC10 of the V-1 explosion that occurred at the Philadelphia Energy Solutions refinery on June 21.

The explosion that destroyed the Philadelphia Energy Solutions refinery in June was so powerful it launched a 38,000-pound piece of equipment across the width of the Schuylkill River, according to a report released Wednesday.

A failing pipe caused the disastrous refinery fire and explosions, and in addition to the debris launched airborne, the incident caused the release of thousands of pounds of potentially deadly chemicals into the air, including including hydrofluoric acid, the U.S. Chemical Safety Board report states.

Officials pinpointed the cause of the disaster to one faulty elbow joint among the pipes in the refinery's alkylation unit that had corroded down to half the thickness of a credit card and was long overdue for replacement. When it ruptured, it ignited massive fires and three explosions.

The explosions ejected three large fragments of refinery equipment, the biggest of which was a 38,000-pound vessel — about three times as heavy as an elephant. The CSB report says it soared across the Schuylkill River and landed 2,100 feet away – a distance of more than 4/10 of a mile.

The other fragments weighed 23,000 pounds and 15,500 pounds and landed as far as 1,800 feet away, but within the Philadelphia Energy Solutions refinery property. Here is an animation the CSB created showing how the explosion occurred.

The CSB's report includes this photo of the largest fragment. It landed on the opposite bank of the Schuylkill River. 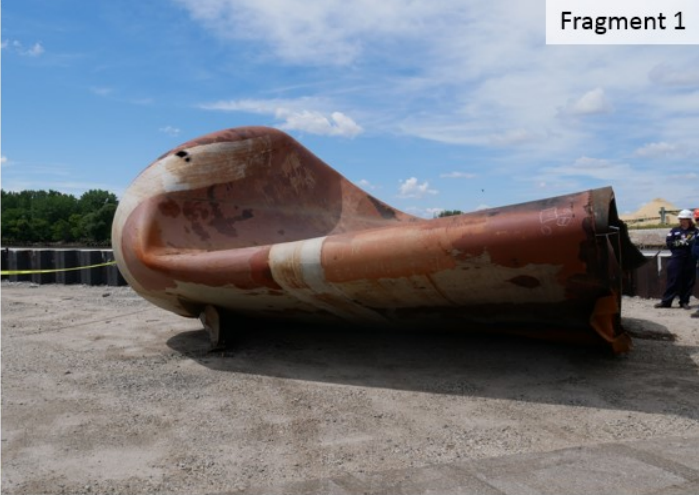 This the 38,000-pound fragment of the Philadelphia Energy Solutions refinery that was blasted from the facility during the fire and explosions on June, 21, 2019. The photo shows where the vessel landed – 2,100 feet from where it started on the other side of the Schuylkill River.

Contrary to PES estimates, more than 3,271 pounds of hydrofluoric acid were released during the incident and only 1,989 pounds were contained, the report said. Hydrofluoric acid is a dangerous industrial chemical that can cause skin damage, chronic lung disease, blindness, and other conditions, according to the CDC.

The government report said the fire began around 4 a.m. when escaping chemicals ignited a large vapor cloud, creating a fire in the PES refinery's alkylation unit, followed by three explosions. The largest was the third, and it ejected the enormous pieces of debris.

The pipe that failed had been installed around 1973 and contained the fast-corroding copper and nickel. It had not been tested for corrosion and did not meet industry standards upon examination after the incident, according to the report.

PES filed for bankruptcy in July and subsequently closed the refinery. The company laid off more than 800 employees.