Only travelers to infected areas are at risk, medical experts say

Most Philadelphians are not at risk of contracting the Zika virus nor is the city likely to experience an outbreak in the near future, according to a pair of infectious disease specialists.

Zika only poses a risk to people who have traveled to areas where outbreaks have occurred, said Dr. Kathleen Squires, director of Thomas Jefferson University Hospital's Division of Infectious Diseases. That's because the virus does not spread person-to-person, like influenza or the common cold, but instead is transmitted only by mosquitoes.

"If you live in Philadelphia and you're not going to travel to any of these areas, there's really no risk," Squires said. "Right now, we're in the middle of winter and mosquitoes aren't around."

The species of mosquito known to transmit the disease – Aedes aegypti – is present in the United States, but it is particularly present in the south.

"If this is the middle of summer, it might be a different discussion," Squires said. "But that's not where we are."

Zika, a flu-like infectious disease similar to West Nile virus, is rapidly spreading throughout portions of the Caribbean, Central America and South America. About a dozen people in the United States have contracted the virus, Squires said, but in each case the virus was transmitted when they were outside of the country. There have been no reported cases in Pennsylvania.

Dr. Margaret Chan, head of the World Health Organization, said Thursday that Zika "is now spreading explosively," adding that the level of concern and uncertainty is high. President Barack Obama has urged public health officials to expedite research to diagnose, prevent and treat the disease. 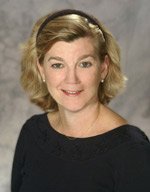 The Zika outbreak is the largest recorded, said Squires, at left. For the first time, it has been linked to microcephaly, a condition in which babies are born with small heads and underdeveloped brains, and Guillain-Barre syndrome, a neurological disorder that can cause paralysis.

Such connections simply remain associations, said Dr. Stephen Gluckman, medical director of Penn Global Medicine. Previous – but smaller – outbreaks only revealed Zika to be a somewhat benign, flu-like disease that can include a fever, rash, joint pain and red eyes. It is not considered deadly among adults.

The Centers for Disease Control and Prevention has issued Level Two alerts, urging travelers to take enhanced precautions, when traveling to infected areas.

But Gluckman said he would not dissuade anyone from traveling to an infected area unless they are pregnant – though he would encourage them to wear mosquito repellent.

"There's always a level of angst during pregnancy about whether the pregnancy is going to turn out OK," Gluckman said. "The more angsty someone is, I would tell them you probably shouldn't go because it's going to drive you crazy."

Zika's genomes are carried by RNA, which is far more susceptible to mutations than DNA, said Stacy Gorski, a biology professor at the University of the Sciences. It's possible Zika has evolved into a more potent virus, she said.

While Zika is known to be transmitted by mosquitoes, Gorski said case studies have examined possible sexual and perinatal transmission. She advocated for enhanced Zika research, saying only basic research has been conducted, without any clinical studies.

"That means we're way behind the eight ball on this," Gorski said.

The Philadelphia Department of Public Health expects to issue a medical advisory to regional health partners on Monday, spokesman Jeff Moran said. The department already has forwarded information from the CDC and the Pennsylvania Department of Health. That information included guidelines for treating pregnant women and testing infants with a possible congenital virus infection.

Moran reiterated that the chance of a contracting the Zika virus in Philadelphia is unlikely.

"I think more of the concern would be people coming back from vacation from parts of the world where there is a risk," Moran said. "Generally, this isn't something that we would be putting out a public alert on since we don't have any cases."