Steiger, 40, a Delaware County resident visiting Florida on a business trip, said he was walking toward baggage claim on the first floor of the airport when he came upon a sea of panicked people running from Terminal 2 to Terminal 3.

Some were crying, others were screaming, "There's a shooter!" 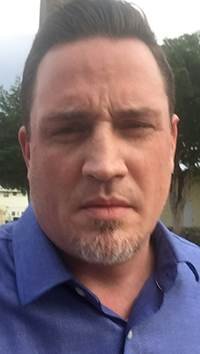 "I stood there and kind of watched," he said. "I wanted to see what was happening and if it was real or not."

According to officials, a man opened fire at the airport, killing five people and wounding eight, the Associated Press reported. The alleged gunman has been identified as Esteban Santiago, 26.

Bryan Santiago, the alleged gunman's brother told the AP that Esteban Santiago was receiving psychological treatment. Though, he wasn't sure what for.

He said Esteban Santiago was born in New Jersey but moved to the U.S. territory of Puerto Rico when he was 2 years old.

His motive is still unclear.

Mark Lea, a witness, told MSNBC that the shooter allegedly went through three magazines of ammunition, shooting at random people. He later laid on the ground and then was taken in by authorities.

But Steiger, who lives in Garnet Valley and is the director of operations at Harvest Seasonal Grill and Wine Bar in University City, said at that moment in the airport, it was obvious that not many people realized the level of violence underway. Security guards standing nearby were relaxed, laughing even, he said.

Cautious, Steiger said he took refuge next to the corner of the building but watched to see if he could spot the alleged shooter. He said he heard muffled sounds, but can't be sure that they were gunshots.

"I had a woman running up to me, crying, who took shelter behind me and asked, 'What should we do?'" Steiger recalled.

"I have no idea," he responded.

Steiger said that he wasn't so much frightened as much as trying to figure out what was happening and if the incident was a false alarm or not.

"I don't think anyone had a second to be scared – it was more of, 'What's going on here?'"

The airport hadn't yet been placed on lockdown yet, so Steiger did what most would do – leave.

Steiger was able to make it to the passenger pick-up area before it was too late, but his ride was held up by police traffic. The restaurateur said he texted with the driver to inform him about the shooting.

He was able to safely get out of the situation before it escalated any further.

Though it's been a few hours, the day's events are still playing out in his mind, said Steiger, who is scheduled to fly back to Philly on Monday. He's yet to hear if the incident will affect that flight.

"I'm a little shocked, a little thrown off," he said. "I'm a licensed gun carrier and it makes me feel like I want to carry my gun more often."

"I'm thankful, obviously, that I was able to walk away," Steiger said.