Fentanyl is killing more and more people in Philadelphia, and most people who take the drug don't even know they are taking it, health officials said Friday.

Overdose deaths from fentanyl, an extremely potent opioid 100 times stronger than morphine, have risen sharply in the city over the past several years. And the problem, which looks to be getting worse, requires a new strategy to combat it, they said.

"This is the most significant epidemic that this country has seen, in regards to opioids," said Dr. Arthur Evans, Philadelphia's Behavioral Health Commissioner.

Most people who take fentanyl think they are taking heroin.

A synthetic, short-acting opioid originally developed for medical use during surgery or for acute pain relief, fentanyl is often sold as heroin to users or mixed with heroin by dealers to create a more intense euphoria. But the combination of drugs also promotes drowsiness, nausea and confusion. That combination of effects, and fentanyl’s rapid potency, is especially dangerous as users may not realize how much they’re taking.

That makes it much more likely for a user to stop breathing and die from an overdose. 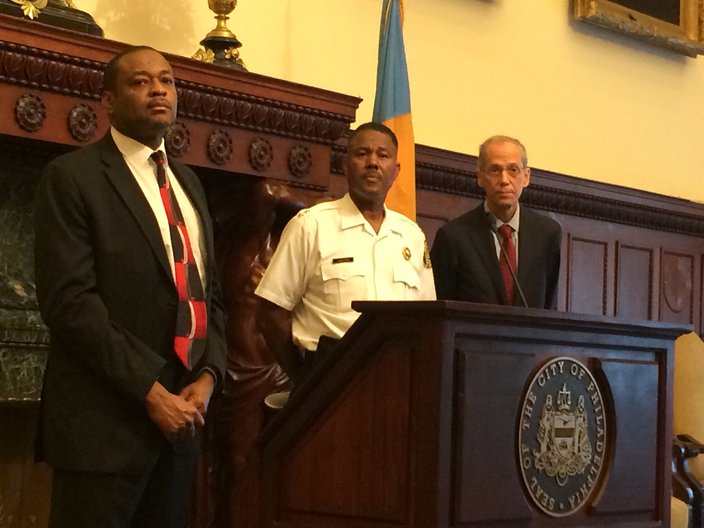 "This is a drug that is far more likely to kill you than heroin is," said Laster.

According to Farley, one of the most difficult things about fighting this epidemic is that most people who use the drug have no idea that they are using it.

"Probably, most of them think they are buying heroin," he said.

And while Narcan, a life-saving heroin antidote, also can be effective at arresting the effects of fentanyl overdose, health officials downplayed it as a solution. 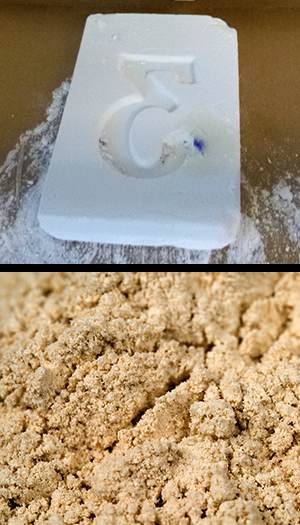 Fentanyl, shown at top in brick form, is often mixed with heroin, bottom, by dealers. It's a dangerous combination.

Fentanyl "stops you from breathing," Laster said. "Narcan isn't going to stop the problem. Only prevention can do that."

Moreover, the cost of Narcan is steadily raising, making it a more expensive solution to the problem.

All Philadelphia fire companies and EMTs are stocked with Narcan, but each shot costs about $34 today. In 2014, Laster said, Narcan shots only cost the city about $13 a piece.

The problem is shocking enough that the city is stepping up efforts in a multi-pronged approach to prevent overdose deaths.

Evans said street teams from the health department will canvass neighborhoods where drug use is most rampant — "Kensington, in particular," he said — to engage with users and try to get them to recovery houses before they die of an overdose.

"Prevention is the key to stopping this problem," he said. "People need help."

His office is also working with physicians and health officials in area hospitals, to educate them on the specific risks of fentanyl and to push them to prescribe fewer opioids to patients or use lower amounts, Evans said.

Funding for these initiatives, city officials said, is being provided by the Pennsylvania Department of Human Services.

In addition, Evans said he's working with the city's methadone treatment centers to find ways to help 500 more people a day who are trying to overcome their addictions. That could mean more people are served at each center or the centers are open longer hours, but either way, there will be a push to help more users looking to quit.

"This is a very complicated issue and, I think, we need to use multiple strategies," said Evans.