Philadelphia could see a wintry mix, freezing rain with cold temps this week 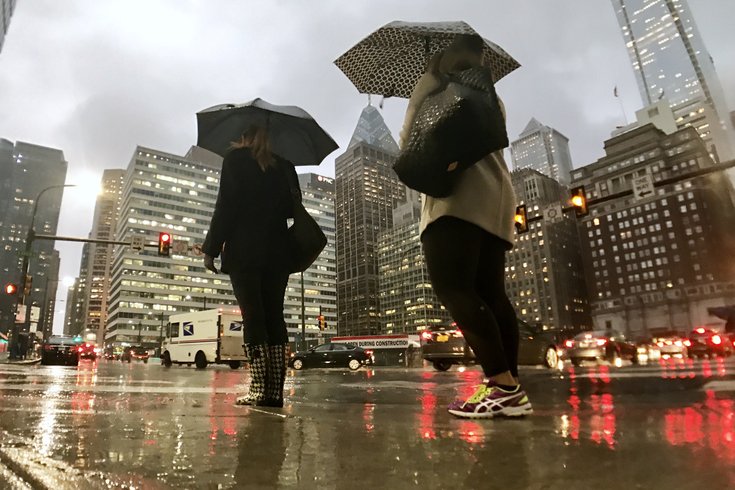 Passersby sport umbrellas and rain boots during a recent rainy day in Philadelphia.

Autumn's continual spiral toward the endless drudge of winter is in full force, with a wintry mix and freezing rain a possibility in this week's weather forecast.

Rain is predicted to pick up in Philadelphia tonight around 9 p.m. and continue heavily overnight and then lingering into Tuesday morning. It is unlikely that the wet snow headed for the Poconos will reach Philadelphia and most forecasts are predicting only rain in the region for Monday night and Tuesday.

The forecast shows precipitation continuing through Friday, when temps will jump to an average in the high 40s. If there turns out to be any Thursday flurries, they'll be melted away by Friday.

Here's the 7-day forecast for Philadelphia from the National Weather Service: