Plus, a video series will highlight the stories of doctors, nurses, educators and other emergency personnel 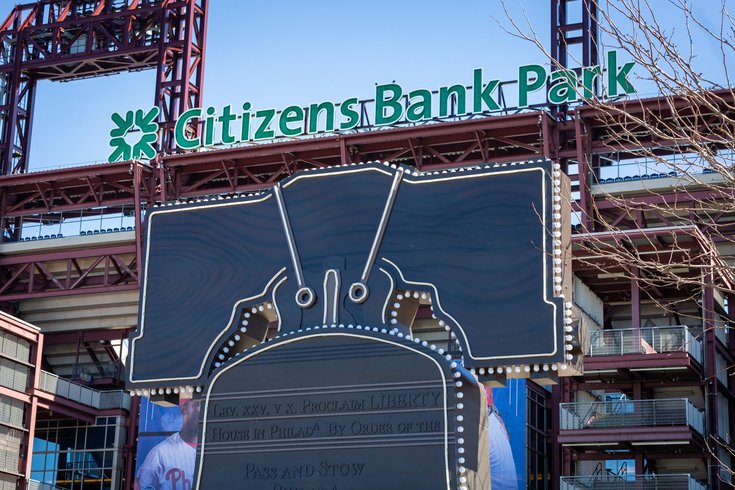 The Phillies are featuring 41 front-line workers on banners outside Citizens Bank Park.

The Phillies will celebrate the contributions of essential workers when they open the 2021 season Thursday at Citizens Bank Park.

The team will honor 41 front-line workers — ranging from physicians and nurses to educators and transit workers — during a pregame ceremony at 1 p.m. They also are being featured on the banners that surround the ballpark. The banners, which typically highlight Phillies players, were raised last week.

The featured workers were selected from nearly 500 nominations submitted by fans in early February. The list of the selected workers can be found on the Phillies' website.

"We were overwhelmed by our fans' passionate stories of so many brave individuals who have been on the front lines since the onset of the pandemic," said Michael Harris, Phillies vice president of marketing and new media.

"As we celebrate the excitement of our home opener, we tip our caps to all these remarkable men and women who represent the countless essential workers who continually go above and beyond every day."

Each honoree will get to take the field during the tribute and attend the game as a guest of the team. Two front-line workers will get to dance with the Phanatic during the fifth inning.

The workers also will share their stories from the COVID-19 pandemic in a video series that will be aired during games and posted to the team's YouTube channel.

This marks the second year that the Phillies have honored front-line workers.

During the shortened 2020 season, the Phillies filled much of the lower-level seats with cardboard cutouts since fan attendance was not permitted. They placed high-resolution images of medical personnel wearing hospital uniforms and Phillies apparel in the seats behind home plate.

This year, about 8,800 fans will be in attendance for Opening Day. It's the first time that fans have been permitted at Citizens Bank Park during the pandemic. First pitch against the Atlanta Braves is scheduled for 3:05 p.m.

Fans will be seated in pods of two, three or four people, with limited pods available for five or six people.

All attendees ages two and older must wear a face covering at all times on ballpark property, except when actively eating or drinking at their ticketed seats.

Tickets to attend the Phillies' first 19 home games initially were offered to season ticket holders before opening to the general public. All tickets will be mobile and only available online. Tickets for the Phillies' remaining 62 home games will go on sale in early April.