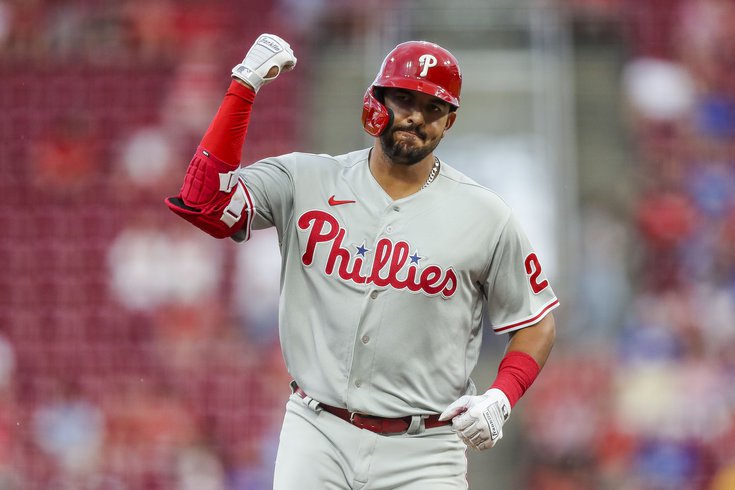 On Tuesday, the Phillies acknowledged a bat that helped them during the summer and an arm that very well could help them in the near future.

Slugger Darick Hall and top pitching prospect Andrew Painter were named the 2022 recipients of the organization's Paul Owens Award, given annually to the club's best minor-league position player and pitcher.

Painter, the Phillies' 2021 first-round draft pick, is being sped through the Phillies' minor league system and, so far, the 19-year-old righthander has risen to every occasion.

In nine starts for low-A Clearwater, Painter went 1-1 with a minuscule 1.40 ERA. At high-A Jersey Shore, he dropped it even lower to 0.98 through eight starts, which included a seven-inning complete game shutout on August 6.

A stint with triple-A Lehigh Valley is really the only thing separating Painter from a spot with the big-league club and that opportunity could come at some point next season alongside fellow top pitching prospects Mick Abel and Griff McGarry.

“Andrew has had a special year all around," Preston Mattingly, the Phillies' director of player development, said in a statement. "From the moment he reported to camp, he showed the type of competitor he is and how hard he works. He carried that throughout the season. Obviously, we are proud of Andrew’s numbers, which speak for themselves, but we are also proud of the way he has matured as a person.”

The 27-year-old was called up to the Phillies in June and from June 29-August 21, helped keep the team in the postseason picture while MVP Bryce Harper was out with a broken thumb. In 38 games and 129 at-bats, Hall hit .264/.296/.550 with nine home runs and 16 RBIs, including his first two major-league homers on June 30 against at Atlanta.

“With his work ethic, which is second to none, he continues to improve at all aspects of his game," Mattingly said of Hall. "We were thrilled for him to get an opportunity to play in the big leagues this year. We think the best of Darick is yet to come.”