Who won the week in Philly sports: Phillies' bullpen is improbably lights out 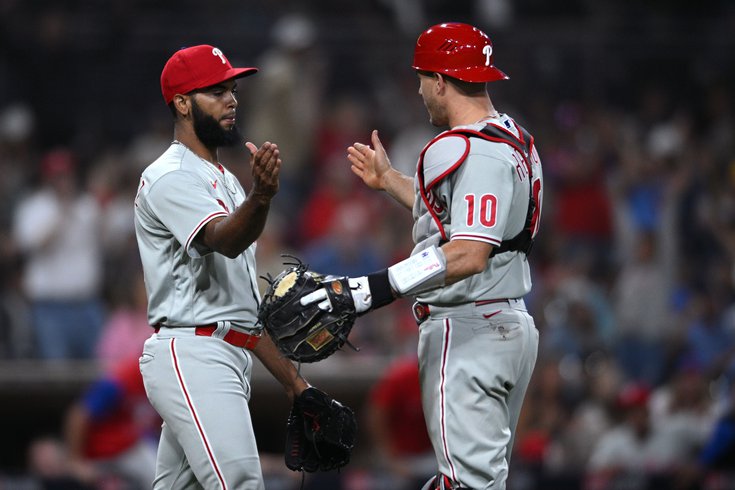 I know I'm tempting fate and that writing this article will ensure multiple bullpen meltdowns in the coming days, but props are do. The Phillies may have gone just 3-3 over the last week (though they did take three of four in San Diego...), but that record does nothing to diminish what the Phils' relievers have done. I've raised hell over the last several months about the team's pen, but they've been battling as of late.

Here's something I never thought I'd say: The Phillies' bullpen is my pick for who won the week in Philly sports. Yes, the same Phillies bullpen that has drawn the ire of every baseball fan in the Delaware Valley not just this season, but over the last several years. Kyle Schwarber would've certainly been a worthy selection, but I already praised "June Schwarber" with a post-Padres series story on Monday.

I don't even know how to compliment the Phils' pen. It's uncharted territory for me. Let's get to it...

Here's how Phillies' relievers have performed over the last week:

So, over the course of 18.1 innings, the Phillies' relievers had a 1.96 ERA with 20 strikeouts and just one walk. All four of those earned runs came from Jeurys Familia on Tuesday against Texas. The Phillies were already down 3-0 and lost 7-0. Credit to interim manager Rob Thomson, Familia hasn't pitched since. DFAing Familia should be under heavy consideration. He and his 5.55 ERA should be the first piece gone from the pen when the inevitable trade deadline reinforcements come to Philly.

Putting Familia's typical performance aside, the bullpen did everything a Phillies fan could've asked of them. Thomson used Seranthony Domínguez as a closer on Saturday. Finally! During the Padres' series, Domínguez pitched 1.2 innings of no-run, no-hit, no-walk ball. Keep him in that role, Topper. Learn from Joe Girardi's mistakes. Domínguez has a 1.63 ERA in 27.2 innings in 2022.

The bullpen, in a complete reversal from their usual antics, saved a game the Phillies should've lost on Sunday. Kyle Gibson was rocked in just 2.2 innings, surrendering five runs and putting the team in an early 5-2 hole. Schwarber's heroics at the plate put the Phillies ahead in the seventh, but it was the bullpen that stopped the bleeding and kept the ship steady. 6.1 innings where the relievers didn't give up a single run against a should-be playoff team? Wild!

The Phillies' bullpen ERA now sits at 4.08 for the entire 2022 season. That's 19th in baseball. Do cartwheels, Phillies fans, for this group only being slightly below average.

I don't anticipate this level of play to continue, but for at least a brief period of time, the Phils relied on their bullpen big time and those dudes came up clutch.

Who Lost the Week: Blake Snell ❌

A name that will live in infamy among Phillies fans.