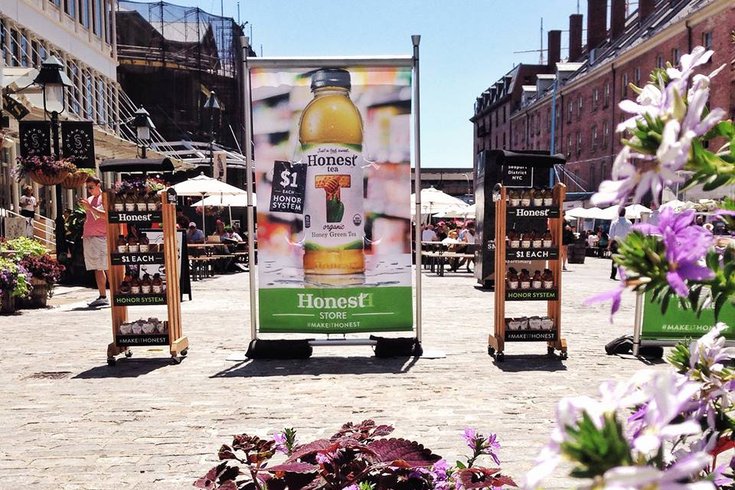 How honest are you?

The National Honesty Index by Honest Tea ranks Philadelphia as one of the most honest cities in the country.

Honest Tea developed a social experiment to find out if people would pay for their beverages on the honor system if no one appeared to be watching. And Philadelphians passed the test.

The beverage company set up a display of drinks in 27 different cities around the country and asked people to leave $1 in a collection jar. Philadelphia tied with Los Angeles, San Diego and Houston for third place, with 97 percent of people paying the dollar for their tea.

While the national average was an impressive 94-percent honesty, not everyone was so honest. Someone stole money from the collection box in Washington, D.C. In Providence, someone paid with a fake $1 million bill.

You stumble upon a Honest Tea for $1, on honor system, no one’s around. Do you pay or steal? http://t.co/gY6S5JPNb9 #RefreshinglyHonest