Streets throughout the city will be closed on a rolling basis starting at 3:30 a.m. and are expected to reopen by noon 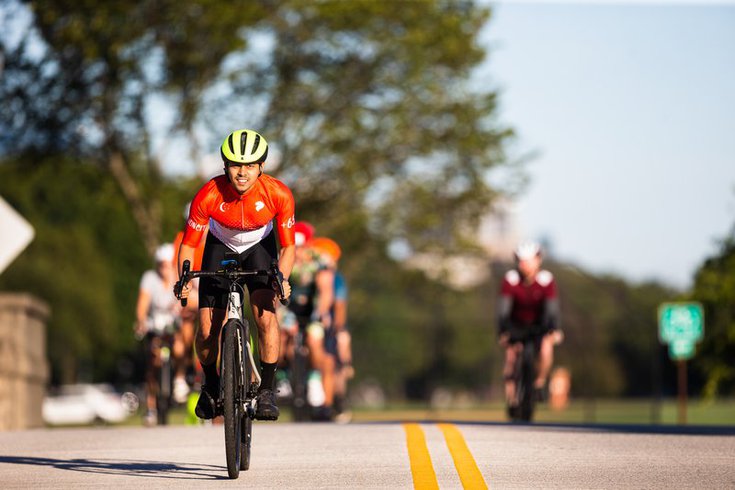 The inaugural Philly Bike Ride, a 20-mile, non-competitive trek, will close down roads throughout the city this Saturday starting at 3:30 a.m. Parking restrictions also will begin at 12:01 a.m.

A new cycling event is coming to Philadelphia this weekend that will allow riders the opportunity to enjoy scenic fall foliage and historic sites without having to worry about competition or cars.

Philly Bike Ride is being hosted by the Bicycle Coalition of Greater Philadelphia and will cruise through the city on Saturday, Oct. 15 starting at 7:30 a.m. The event, which is open to riders ages 3 years and older, features 6-mile and 20-mile course options.

During the event, bicyclists will take in views of Independence Hall, Penn's Landing and Kelly Drive as they journey through neighborhoods like Center City and Manayunk. Roads will be closed to all vehicles during the ride. Following the trek, cyclists will celebrate at a free Finish Festival that includes live music, entertainment, food trucks and activities for the whole family.

Philly Bike Ride currently has over 3,000 participants registered, and organizers expect that number to grow over the next few days. Registration is still open on the event's website.

The scenic route for the event begins on the Benjamin Franklin Parkway and winds through the city's neighborhoods to end by Eakins Oval, in front of the Art Museum.

Parking restrictions and temporary, intermittent road closures will go into effect starting early Saturday morning. Police will be enforcing moving violations and handling traffic pattern alterations. Streets along the route will reopen on a rolling basis once public safety officials deem it safe to do so.

Almost all streets – besides roads near the finish area – are expected to be open again by noon.

• Eakins Oval, between North Side of Oval and Art Museum Drive; reopens 2 p.m.