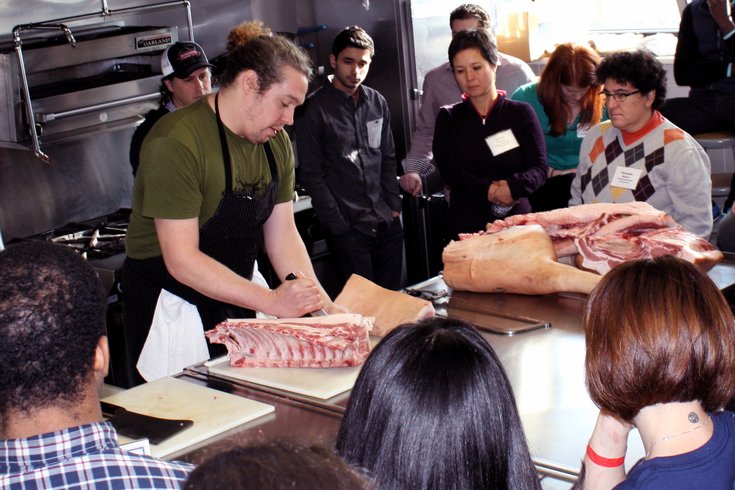 The first day of the conference, which is open to the general public, includes a discussion about the Pennsylvania Liquor Control Board. The state's liquor laws are often contested by consumers and restaurateurs and, with State Sen. Chuck McIlhinney and a PLCB rep in attendance, it's sure to be an interesting chat. Also look out for chefs Kevin Sbraga and Marcie Turney talking about the future of Philly's dining scene, just before the James Beard award-winning author Peter Reinhart gives the day's keynote address.

Day two of the conference is sold out, and exclusively for hospitality professionals. For anyone involved in Philly dining, or preparing for a career in it, the day is full of incredible events. Delve into the fundamentals of butchery with Russet and Kensington Quarters, or learn about coffee with Rival Bros. Inquirer critic Craig LaBan and Yelp's Michelle Cassidy will talk about how to bounce back from a customer review, and members of Garces Group and Vetri Family will dish on running a restaurant.

Later, Drexel students will provide a lunch supplemented by Hai Street Kitchen and Good Stuff Eatery, followed by panels on menu development and building a bar. That's not to mention the many opportunities for networking and an after party at the newly opened Juniper Commons.

Mike Traud, organizer of the conference and Drexel assistant professor, says the ability to network between events is a big draw for attendees.  The purpose, Traud said, is to see Philly's restaurant industry leaders "all getting together to discuss issues, to relay knowledge and experience, to help strengthen the Philadelphia restaurant community."

One issue Traud says the conference will address is Philly's location on the food scene five years from now.

"If you think about changes in the New York food scene, that people can no longer afford to live and open restaurants there," Traud said, "it's only natural that they're going to start moving to Philadelphia. Philadelphia is going to vastly increase its reputation as a food town where people can come and dine."

It appears that for hospitality entrepreneurs and restaurateurs, Philly - and the Chef Conference - is the place to be. As for the city's culinary celebrities, Traud said that though coordinating their schedules is tough, the chefs are excited to get together.

"They're very enthusiastic to give back to the students and to the next generation of chefs and strengthen the community," Traud said.