Multiple factors contribute to increased coronavirus transmission, but 'COVID fatigue' is a big concern, too 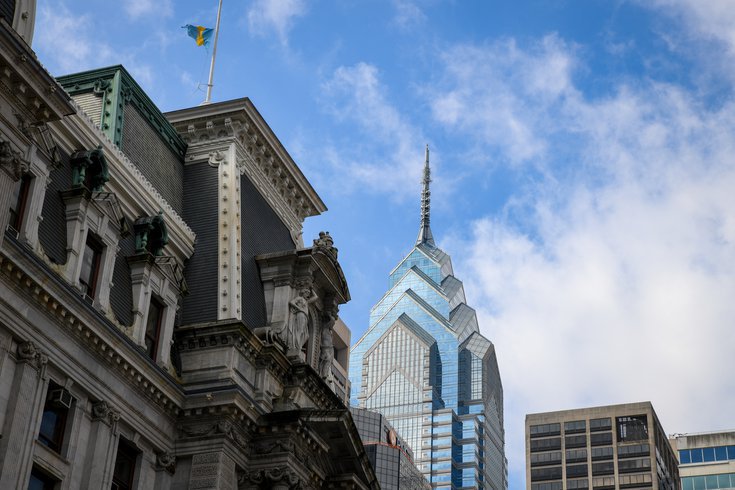 A fall surge in COVID-19 cases in Philadelphia has public health officials concerned about the months ahead. Health Commissioner Dr. Thomas Farley reiterated the city's guidelines, urging residents to avoid complacency and "COVID fatigue" during this critical period.

Rising COVID-19 case counts in Philadelphia could have the city on the brink of a serious resurgence in the weeks and months ahead, prompting Health Commissioner Dr. Thomas Farley to warn that city residents face significant risks through the fall and winter months.

At a press briefing on Tuesday, Farley noted the steady rise in cases in October as evidence of an anticipated cold weather wave of COVID-19.

"We are seeing a continued increase in the case counts of the coronavirus infection here in Philadelphia, which signals that we may be entering a dangerous period with this virus," Farley said.

The city reported an additional 268 confirmed cases on Tuesday, bringing the total to 40,704 since the start of the pandemic. Twenty-three probable cases were diagnosed Tuesday using rapid antigen tests, which take several days to confirm. Another eight fatalities raised the Philadelphia's death toll to 1,849.

"These are the highest weekly averages that we've seen in Philadelphia since mid-May," Farley said.

But the test positivity rate also has been climbing in recent weeks, reaching at least 4.8% last week, pending delayed lab results likely to increase that number. Two weeks ago, that rate stood at 5.1%, which was originally reported as 4.3% before delayed positive results came back.

The low point for the test positivity rate occurred in mid-September, when it dipped to 2.8%. During the peak of the surge in mid-July, it reached 5.5%. The high point occurred during the initial surge in late May, when testing was more limited, at 9.5%.

Farley said fatalities have remained stable around 15 deaths per week, but those numbers may begin to increase over the next month as deaths lag behind case reporting.

In recent weeks, the city had reported a rise in new cases in far Northeast Philadelphia and South Philadelphia. The latest cases reported show rises across all ZIP codes in Philadelphia. And while college outbreaks in late August were skewed toward people in that age group, the newer cases are spread more widely among residents between 20 and 60 years old, Farley said.

Most of the transmission continues to occur within households and during social gatherings, particularly when face masks are not worn. Weddings and bridal showers have been a common theme identified by the city's contact tracing program.

A growing number of cases also have been linked to workplace attendance. About 17% of cases interviewed by the city reported possible exposure in an office during the week of Oct. 11, compared to between 7-9% during weeks in September.

"We've had some individual circumstances where the spread appears to have occurred between co-workers who got together over lunch and were not wearing masks when they were doing that," Farley said, adding that the city is concerned about workplace exposure.

While there have been no clear links to indoor dining at restaurants and new cases, Farley still categorized going out to eat as a high-risk activity. He acknowledged that the contact tracing program is an imperfect system and may not be able to fully account for such cases when they occur.

It's been now seven months since the beginning of the epidemic, and everyone is tired of this virus. Unfortunately, the virus is not tired of us. — Dr. Thomas Farley, Philadelphia Health Commissioner

Nursing homes and other care facilities also are seeing more cases. The city has opened a "COVID Relief Unit" on an unused floor of an existing facility in order to care for COVID-19 patients who live at locations that are unable to properly separate them from others. The specialized unit has one patient at this time, Farley said.

Among approximately 50 schools that have operated with in-person classes over the past seven weeks, 44 have reported at least one isolated COVID-19 case. Nearly all of these situations were resolved through quarantine without further spread, but one school cluster was reported at a private school.

Farley said the School District of Philadelphia plans to move forward with offering a hybrid learning schedule beginning Nov. 17. The city's public schools all have been entirely virtual since the start of the school year, but officials still believe students can safely return to in-person instruction as long as protocols are followed.

"I think that it's important for children to be in school for their long-term health and their short-term mental health," Farley said. "I've been talking to some people who've had their children back in school. They say their children's mental health has brightened up tremendously with getting back to school. We have a lot of other problems in this city, right up to homicides, and having teenagers not in schools doesn't help those other problems."

As of now, there are no specific plans to impose new restrictions in the city, which has maintained tougher rules than the rest of Pennsylvania throughout the pandemic.

"If we feel like we can make a difference in prevention with restrictions, we will look seriously at doing that," Farley said.

The health commissioner placed Philadelphia's status against the backdrop of increasing case counts in Pennsylvania, New Jersey and across the United States, particularly in the Midwest and Mountain states. Case rates are rising in nearly every state in the country.

Regardless of the cause, Farley said that it appears COVID-19 is following the common path of respiratory viruses, which tend to increase during the fall and peak in January and February.

"If COVID follows that pattern, we're going to be having a difficult time over the next three or four months," Farley said.

To mitigate the spread of the virus, the city recommends that people continue to work from home whenever possible. Residents also are advised to avoid social gatherings as much as possible, and stick to outdoor get-togethers, with face masks, if they are going to see others outside the household.

The city's latest monitoring of face-mask usage found about 80% of Philadelphians wearing masks when exiting retail stores, but that only tells part of the story when much of the spread is occurring within households. Farley said it's important to wear masks around family, friends and co-workers.

"It's been now seven months since the beginning of the epidemic, and everyone is tired of this virus," Farley said. "Unfortunately, the virus is not tired of us. Back in the spring, when the epidemic first hit, the mayor said this is a virus that hunts humans. The reality is, it's still hunting. We need to wear masks until we've vaccinated enough people that the virus has trouble finding people who don't already have antibodies."

Farley expanded on the problem of "COVID fatigue" and how to get people to avoid scenarios that are known to cause the virus to spread.

"There may be some COVID fatigue setting in, and I'm not sure how we do that other than to continue to drive home the message that the risk is high now," Farley said. "If anything, it's higher than it was a month or so ago. And encourage people to wear masks. People may not be as afraid of the virus as they were before, but the virus is just as deadly as it was before."