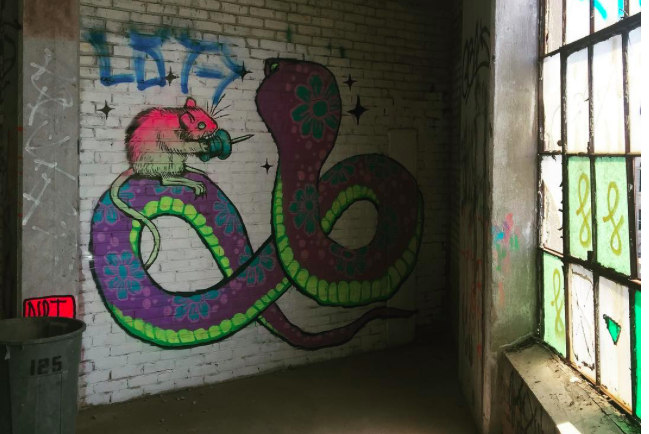 It isn't every day that we hear about the preservation of graffiti in abandoned buildings slated for redevelopment. When it does happen, it tends to be driven by historical relics unearthed during renovations. Last year in Port Richmond, for example, a century-old "ghost sign" for "Kolb's Pan-Dandy Bread" was found by Urban Renewal Builders and kept intact as the interior wall of a second-floor apartment.

Earlier this week, Philadelphia-based MM Partners took a refreshing stance against whitewashing when it announced it would preserve much of the graffiti at Brewerytown's vacant PECO Electric Supply Company Building. MM Partners, which has multiple projects in the area, plans to convert the building into condos with a lower-level commercial space and gym. 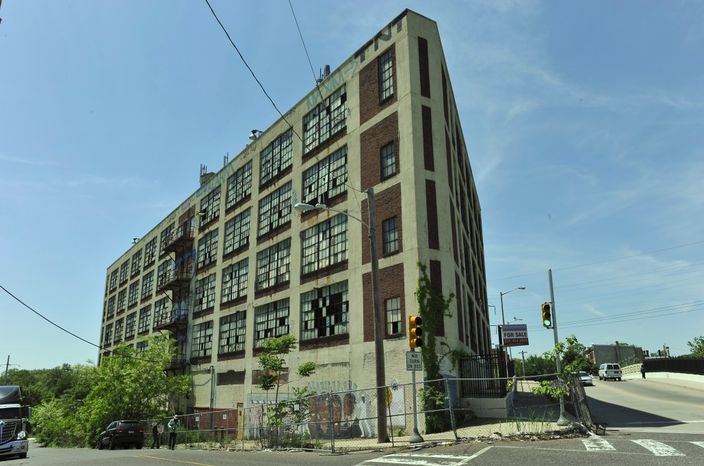 Built in 1922 at 31st and Oxford Streets, the Pyramid was abandoned more than 16 years ago and has since become a popular place for mural and graffiti artists. The Streets Dept. blog recently joined MM Partners for an InstaMeet at the 6-story building, which yielded a great sampling of what's blossomed inside over the past decade and a half.


The rat and snake pictured below — handiwork of local artist Caroline Caldwell — will some day be the wall of someone's bedroom.

In an email exchange with Hyperallergic, MM Partners founding and managing partner David Waxman said the company will retain plenty of the artwork in the building.

“We 100 percent intend to keep a good amount of the art that is in the building and integrate into our development. We as a company are committed to bringing good contemporary art to the neighborhood where we build in Philadelphia, Brewerytown and into our projects. We also happen to love art and are collectors ourselves.”

MM Partners has been building in Brewerytown since 2001 with an emphasis on good design, sustainability and giving back to the community, the company says at its website. Its mission is to "revitalize and effectuate positive change" in Philadelphia’s historic Brewerytown neighborhood.