Philly edged out of the top 10 most green buildings in the U.S. 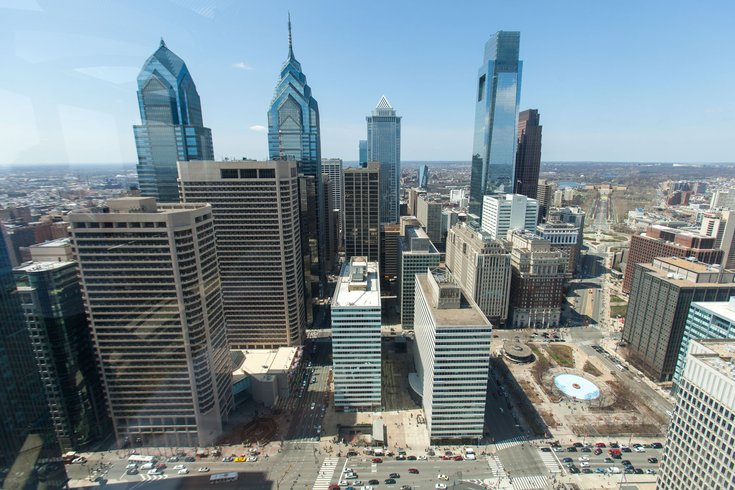 The view from the observation deck in the tower of City Hall.

Falling one spot from 2016, Philadelphia ranked as the 11th-best city for green buildings, according to a new study from the 2017 Green Building Adoption Index.

The study looked at cities across the U.S. for buildings holding either an EPA Energy Star label or that were LEED certified. Coming in first place this year was Chicago, edging out runner-up San Francisco, which claimed the top spot last year. Chicago also had the highest percentage of LEED-certified buildings overall.

Philly rounded out the top 10 in last year’s study but this year traded places with Manhattan, which now holds the highest percentage of Energy Star-labeled buildings (24.6).

In Philly, however, the overall green adoption rate fell from 39.2 percent to 37.9 percent. We’re particularly not doing great in terms of LEED certification – only 2 percent of buildings are certified. Philly was still able to nab such a high ranking, though, due to its Energy Star performance; based on that alone, the study says, Philly would be in the top 10.

There have been other recent moves to push Philadelphia toward being a more sustainable city. Mayor Jim Kenney announced last month his commitment to making Philadelphia function on 100 percent reusable energy by 2035, and there is a new initiative to make solar panels more available to lower-income homeowners. On a state level, Gov. Tom Wolf recently signed legislation that would enable different Pennsylvania cities to tax or regulate the use of plastic bags.

To take a look at the full Green Building index, click here.