Looks like the QAnon Hummer in Philly got a PPA ticket, for good measure (and other election memes!) 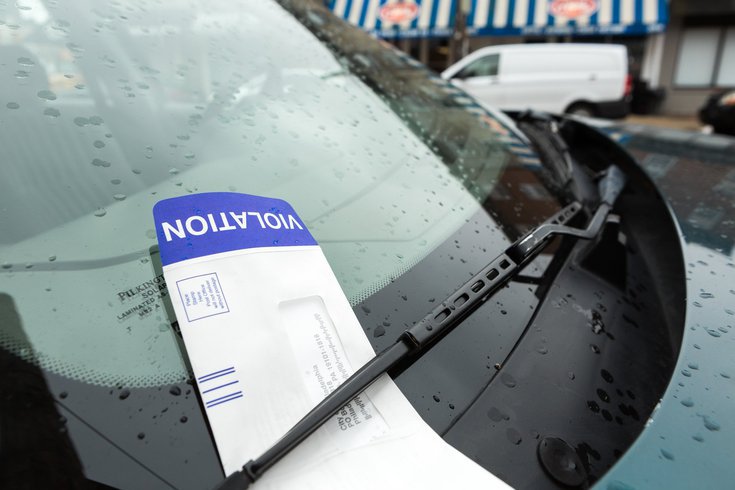 A Philadelphia Parking Authority ticket was seen on the windshield of a Hummer suspected in an attempted plot to disrupt the city's 2020 election vote count at the Pennsylvania Convention Center on Nov. 5, 2020.

Philadelphia's mail-in ballot count has been the center of attention the past few days as the 2020 presidential race grinds to a conclusion. Voters in the city have overwhelmingly favored Joe Biden, propelling him ahead of President Donald Trump in Pennsylvania by Friday morning, as votes continued to be counted throughout the state.

There was a scary incident late Thursday night when a group of people armed with AR-15 rifles arrived in Center City via a Hummer SUV with Virginia plates, allegedly intent on disrupting Philadelphia's ongoing vote count at the Pennsylvania Convention Center, according to investigators.

Philadelphia police arrested two men and recovered weapons from the vehicle, which had a sticker and a hat inside bearing the logo of far-right conspiracy group QAnon. The vehicle was last seen parked around 13th and Vine streets when the men were taken into custody. Their identifies have not been released, yet.

The vehicle was seized and the case was handed over to the FBI, but apparently not before the Philadelphia Parking Authority had an opportunity to drop a ticket onto the Hummer's windshield.

Y’all the qanon Hummer has a PPA ticket 🤣🤣🤣 pic.twitter.com/Oa7N5mQPKE

This is the perfect exclamation point, a rare and fleeting moment when Philadelphians can embrace what is otherwise the bane of everyone's existence. Only a 2016 April Fools joke by the PPA, which was "haha" funny, comes close.

A PPA spokesperson confirmed to PhillyVoice on Friday morning that a grey Hummer with Virginia license plates was ticketed $36 for an expired meter at 8:51 a.m. It was parked just more than a block from the Pennsylvania Convention Center at 230 N. 13th St.

"It's just PPA doing its job," the spokesperson said of the situation.

Of the two men charged in the alleged plot, the Hummer's owner should be advised that in addition to needing serious help, the PPA ticket fees will compound rather quickly if left unpaid.

This was just one moment in what has been a week of hilarious occurrences in Philadelphia.

On Friday morning, Vice reporter Anna Merlan posted a picture of a "weird, beautiful bug" that landed on her head and then came to rest on a man's hand. Poor Anna, spellbound by the pretty colors, did not know it was a spotted lanternfly.

This weird, beautiful bug just landed on my head. Cheers to the Elections Bug pic.twitter.com/ESC5DeuaBC

Twitter instructed Merlan to do what must be done.

OK I have reluctantly killed the beautiful evil bug. Is this a good time to talk about the electoral college being fundamentally flawed or

Elsewhere, CNN's Jake Tapper, who grew up in Queen Village in South Philly, honored a request from 97.5 The Fanatic's Mark Farzetta to have colleague John King refer to Delaware County as "Delco" during the network's election coverage.

Speaking of CNN, you may have already seen the graphic they used of Philadelphia on Tuesday, notable because it is definitely not Philadelphia.

I’m wondering where exactly in Pennsylvania this is pic.twitter.com/IN2bPX21rs

And then, the floodgates were opened Friday morning when Biden took the lead over Trump.

The Biden-Harris campaign has released its proposed White House Christmas theme as all eyes turn to Philadelphia. pic.twitter.com/K0bWmAEoCO

Philly is doing the MOST right now🤣 Twerking USPS has me sent🤣
Everyone can feel a new start coming! pic.twitter.com/ODzWq41rdo