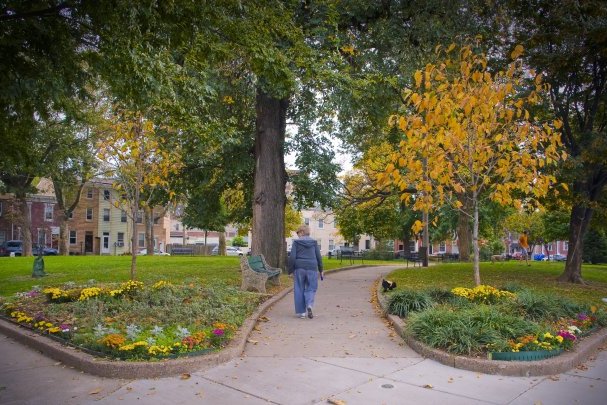 Citing that Philadelphia is "rich in history" and has an ability to revitalize historic sites while also providing park space for low-income residents, the City Parks Alliance in Washington, D.C. has named Philadelphia as the host city for the 2021 Greater & Greener international parks conference.

In a statement released on Friday morning to celebrate the city's selection as host of the coming conference, which invites "professionals and political leaders" from throughout the world to discuss the importance of public parks and changing urban landscapes, Mayor Jim Kenney said he's proud for the opportunity to share the city's parks with an international audience.

“I am proud that Philadelphia was chosen to host the Greater & Greener conference in 2021,” Kenney said in a released statement. “Our selection as host for this international conference speaks to the value we have placed on our parks and public spaces as centers for civic engagement and community gathering.”

The conference, held every two years, is expected to attract roughly 1,500 people from 200 cities throughout at least 20 countries.

During the conference, attendees are expected to tour the Philadelphia area to see the city's park system and will participate in conferences that, the statement notes, will "explore the issues, challenges and opportunities facing today’s urban parks."

Next year, the conference - entitled the Greater & Greener 2017: Parks Connecting Cities, Cultures, and Generations conference - will be held in Minneapolis and Saint Paul, Minnesota.

“Philadelphia was selected because we see it as a post-industrial city, rich in history, that’s reimagining itself for the future by using parks and open spaces,” Catherine Nagel, the executive director of City Parks Alliance, said in a release. “It’s adapting historical sites for modern uses, building and renovating parks in low-income neighborhoods, using parks as economic development drivers and using open space to protect water sources. Philadelphia has a great story to tell.”

More information on the Greater & Greener conference can be found at cityparksalliance.org.