This Philly jewelry designer is making her own wedding ring

And offers some practical ring-buying advice to other engaged couples 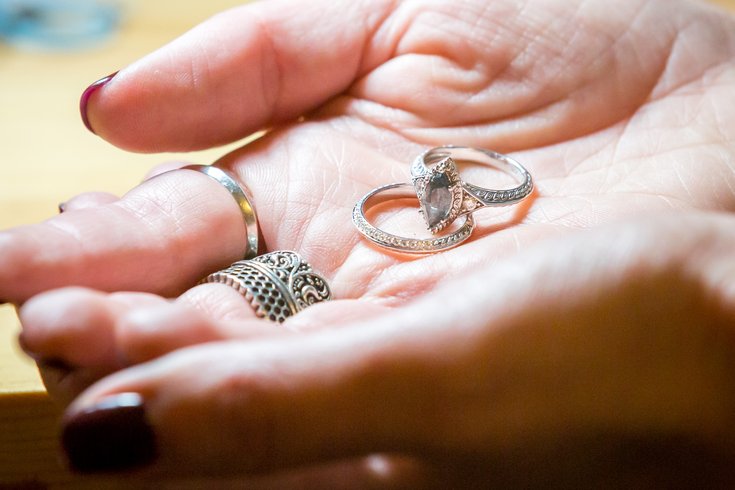 Megan Shoemaker, who works in Jewelers Row in Center City, holds the engagement ring and wedding band she designed and cast in 14K white gold. She gets married in May to her fiance, Jason Rivkin.

Sometimes you can tell when a love story isn’t going to work out.

For Philadelphia jewelry designer Megan Shoemaker, it was when the customers for an engagement ring she was designing sent back the drawings several times for changes.

“You know it’s heading south when there is constant change,” she explained. “We sent the customers the renderings of the ring and she kept making changes. Normally it’s one or two changes, but we were at round six, round seven, round eight. Finally we got word to cancel that job; they’re not getting engaged anymore.“

Other times, thankfully the majority of the time, Shoemaker, who has been designing engagement and wedding rings for a manufacturer in the city's fabled Jewelers Row and through her own company, finds herself part of love stories that are inspiring and heart-warming.

“When working with my customers on their wedding rings, I get to know them quite well,” she said. “You don't just hear about their aesthetics and design tastes, you get their life stories, the special people and things that make up who they are, because they usually want to incorporate that into their rings. Let it be diamonds from lost loved ones' old jewelry, or an etching of the tree they are getting married under. It's very humbling.” 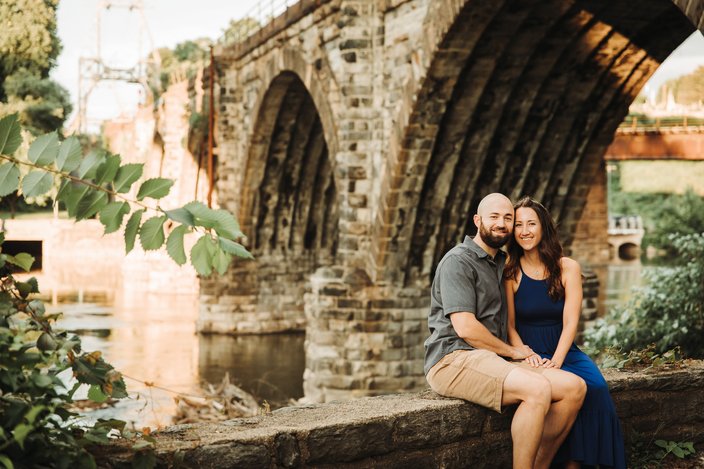 Megan Shoemaker and Jason Rivkin will be married in May. Rivkin proposed last year, shortly before they were going out for their belated Valentine’s Day dinner. She will design his wedding band as well.

That was certainly the case for Shoemaker, 30, who is now busy designing her own wedding rings after spending three years designing rings for others through her company, Mosette Jewelry Design. Her fiancé, Jason Rivkin, proposed last year shortly before they were going out for a belated Valentine’s Day dinner.

“He hands me a letter and asked me to read it out loud in my living room. It was a list of all the things he loved about me,” she said. The letter was two pages long, with a crucial last line: “And lastly I’m really going to love your reaction when you realize I’m asking you to marry me.”

While Rivkin got an engagement ring, he was wise enough to know Shoemaker would want to design her own, so the stone, a salt and pepper Marquise, was set in a simple, placeholder ring. For her official engagement ring, she is adding diamonds from a pendant that belonged to her mother, and while she is still in the process of designing her own wedding bands, she knows she will be adding their wedding date in May to the inside of the white gold bands.

“Jason wanted something simple, but I’m a designer so I wanted to jazz it up a little,” she said.

Few decisions are guaranteed to cause men more anguish than selecting the perfect engagement ring and going the custom design route can be particularly challenging. So Shoemaker offered several pieces of practical advice: first off, know the ring size.

“Try to find what her finger size is because 75 percent of rings we do get returned for sizing,” she said. “Go find a ring she’s not currently wearing and trace the inside of the ring, we can figure out the sizing from there.”

For her official engagement ring, Shoemaker is adding diamonds from a pendant that belonged to her mother.

Then comes the bigger decision, what diamond shape: round, oval, pear, cushion, princess?

“Having a conversation about rings, if you want it to be a surprise, can be subtle, but talk to your significant other,” she advised. “You want to give them something they want to say yes to.”

It normally takes between three to five weeks for a ring to be designed, typically on a computer, the design set in a mold using a 3-D printer, plus casting, cleaning, polishing and setting the stone.

When it came time for her own engagement, she noticed how Rivkin would suddenly become more inquisitive whenever they discussed a diamond she liked: “I remember him taking mental notes. I kinda knew what he was doing.” 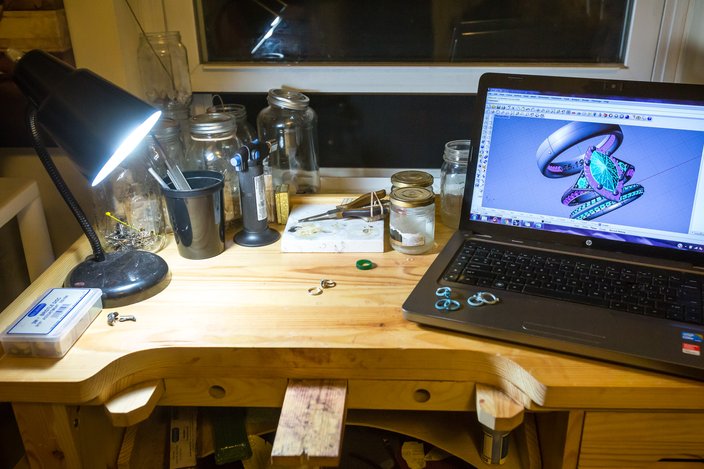 While diamonds remain the most popular gemstone for engagement rings, Shoemaker sees other requests.

“Not yet!” she replied when asked if any requests have come in for engagement or wedding ring designs featuring the Eagles as the faithful continue to bask in the afterglow of Super Bowl LII. “But Eagles fans are pretty crazy.”

If they do, Shoemaker, a graduate of the Tyler School of Art at Temple University, is ready.

“Something with emeralds to bring out the green,” she imagines. “Yeah, definitely emeralds.”