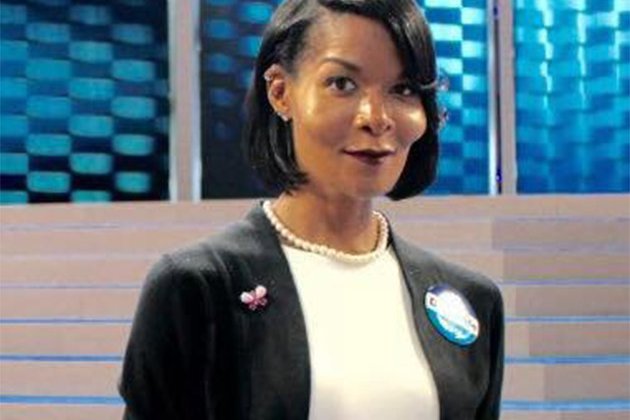 Comments made by Sharron Cooks at meetings and on her social media channels were creating an unwelcoming environment on the new Mayor’s Commission on LGBT Affairs, according to a statement from Mayor Jim Kenney's office.

The chairwoman of the city's new Mayor’s Commission on LGBT Affairs was ousted this week for attacking fellow commissioners on social media.

Sharron Cooks, who was elected chair in March, was voted out by commission members after allegations surfaced that she was “viciously lashing out at others with prejudiced, biphobic and educationally elite attacks,” said Amber Hikes, executive director of Philadelphia's Office of LGBT Affairs.

Hikes replaced Nellie Fitzpatrick, who was fired in early January, and was tasked with leading the new mayoral commission after a tumultuous few months brought on by allegations of racism in the Gayborhood. The panel was created to give the LGBT community a voice in city government.

But the turmoil continued Tuesday with the commission's vote.

“Given the profoundly complicated challenges our communities face, it is important that the members of our commission work together in a safe, respectful and inclusive environment,” Hikes said.

Cooks, who is no longer serving on the commission in any capacity, would not comment on the allegations. She still serves on the board of directors of Equality PA, which calls itself the state's leading organization advancing equality and opportunity for LGBTQ people. Several requests for comment by Equality PA went unanswered.

According to a source on the commission, who requested anonymity because of the sensitive nature of the allegations, members voted almost unanimously for Cooks to resign immediately.

Relations became heated between Cooks and the commissioners as recently as Sunday when she sent a mass email targeting at least one member of the commission and questioned criticism about her own conduct, according to emails shared with PhillyVoice.

According to a statement released Tuesday by the office of Mayor Jim Kenney, the situation has been developing for weeks. 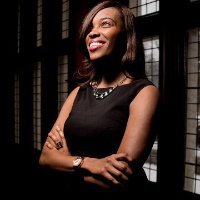 '...it is important that the members of our commission work together in a safe, respectful and inclusive environment,' said Amber Hikes, executive director of the Office of LGBT Affairs in Philadelphia since January.

“Over the past several weeks a number of commissioners began raising concerns about comments being made by the Chair Sharron Cooks at meetings and on her social media channels that were creating an unwelcoming environment," the statement said. "Some of these comments attacked fellow commissioners based on their race, sexual orientation and education level. At various points, the administration made clear that given its commitment to diversity and inclusion, commission members making offensive comments about other members’ race, gender identity or sexual orientation was unacceptable and therefore complaints of that activity would need to be taken seriously.

DOGGED BY CRITICISM FROM THE START

That Cooks was dismissed for making offensive comments about race, sexuality and gender is certainly at odds with how Mayor Jim Kenney envisioned the new initiative back in February when he praised its diversity and the anticipated contributions of its members.

“I appreciate the commitment of these stellar individuals to serve on the LGBT commission,” he said at the time, “and I believe the city will benefit from their rich and varied perspectives.”

While many applied for coveted seats on the commission, only a few were accepted from a broad collective of LGBT leaders, including Cooks, owner of the consulting company Making Our Lives Easier. The approval process was nothing short of rigorous.

By the end of March when it was announced that Cooks would become chair, she became the first ever transgender woman to chair a city commission. But her appointment was dogged by criticism from the start when a petition on Change.org accused her of sharing racist posts on Facebook, like one from March 11 that said, “If you take ‘one drop’ of any person of color’s blood and combined that with the blood of a non person of color, you’ll always be able to tell. Which illustrates our superior genetics.”

That same day, Cooks, who made headlines last year by being the first transgender woman of color to become a delegate at the Democratic National Convention, also shared a video by Atlanta Black Star touting the superiority of black genetics.

James Duggan, editor of the online LGBT publication Queertimes, publicly criticized Cooks, asking, “How can we call out racism in the Gayborhood and let Cooks’ comments go unnoticed? This would be an injustice.”

Duggan, who was referring to the ongoing discussion over racism at bars and community groups in the LGBT community, later said he was attacked online for questioning whether Cooks should be chairing the commission.

At the time, Hikes wouldn’t comment about Cooks’ social media posts, or whether the mayor’s office was considering a social media policy for commission members in general.

“During our onboarding process for members of all of our advisory commissions, we urge appointees to be aware that public statements and social media posts are generally viewed with more scrutiny and may be read as representing the Mayor’s Office. Moving forward, we’re working with our law department on determining the level of appropriate guidance we can provide to our advisory boards and commissions regarding public statements and social media usage, while protecting their first amendment rights and their voluntary service.”

It’s unclear if any regulations were ever put in place. But even in the weeks leading up to her resignation, Cooks was using Facebook to share her frustrations about the commission. (At one point she suggested she was being fired). She also accused a local lesbian attorney of being a racist.

All posts had been deleted soon after they went live. It’s unclear whether Cooks has suspended her Facebook account indefinitely. As of yesterday, a search for her name yielded no matches.

According to Yoshiaki Yamasaki, executive director of The Philadelphia AIDS Consortium (TPAC) and World Health Care Infrastructures, frustration over the way the commission was being managed led him to resign in mid-April.

In an exclusive interview at the TPAC office yesterday, the former commissioner said ongoing problems were handled “poorly” and he felt “uncomfortable” being on board.

“I was trying to make a difference,” he explained, “and to prevent the experiences like we are having now. I’m very disappointed by what is happening.”

No one has yet been selected to replace Cooks, said Hikes, but it’s expected that a new chair will be elected in the next few weeks.