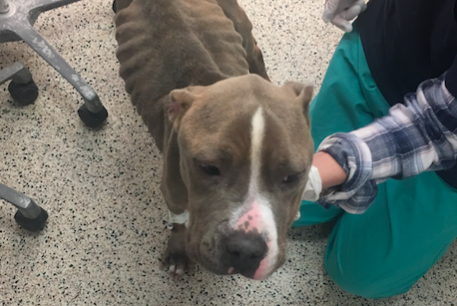 The arrest of Michael Long, 33, is connected to the case of Cranberry, a pit bull found stuffed in a trash bag on Nov. 23, when a hiker was drawn to the dog by her own puppy.

As the good Samaritan approached the bag, she saw the pit bull's head sticking out and alerted the PSPCA's Humane Law Enforcement Team.

Cranberry, named for the Thanksgiving holiday, was found to be in emaciated condition. She was nursed back to health at a local PSPCA shelter before her adoption in December and has since made a full recovery from her abuse, officials said. 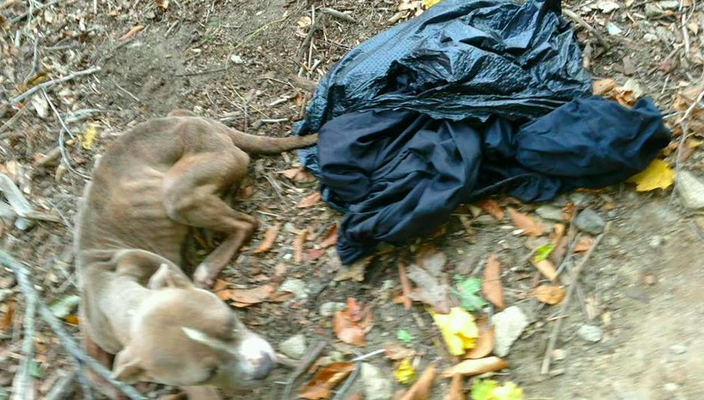 Pennsylvania SPCA is seeking the public's help in finding the person or persons dumped a dog in emaciated condition in a trash bag in Wissahickon Valley Park.

“This arrest today is the culmination of an investigation conducted by our officers and the Philadelphia Police Internal Affairs Unit,” said Nicole Wilson, director of Humane Law Enforcement at the PSPCA. “We look forward to the opportunity to see justice through the courts in this matter.”

Long, an officer assigned to the 18th District, is charged with animal cruelty and possession of an instrument of crime. Philadelphia Police Commissioner Richard Ross has suspended him for 30 days with intent to dismiss. 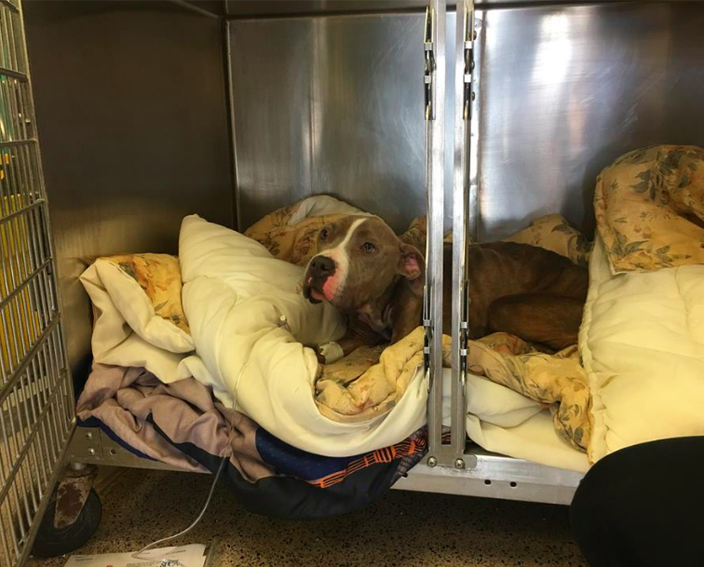 The PSPCA has a donation page to provide help for dogs like Cranberry who have survived abuse.