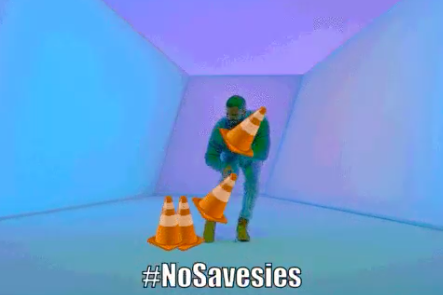 As Philadelphia braces for what could be a "crippling" snowstorm starting Friday night and running through the weekend, the Philadelphia Police Department has revisited its strategy of referencing popular culture on social media in order to let residents know about important issues.

Last year, the PPD was mocked after its "Saved By the Bell" anti-drug PSA displayed such rudimentary video editing skills (and "tragically outdated" judgment in appealing to a younger set) that the department itself said it shouldn't be taken seriously.

This time around, the police got a bit more savvy in putting out an alert on the illegal practice of Philadelphia residents "saving" parking spots with cones, chairs and other territorial items in the aftermath of major snowstorms. In a tweet Wednesday afternoon, the PPD deployed the widely used "Hotline Bling" meme that has spawned dozens of doctored photos of Drake's dance since the song was released last summer.

Looks like a big #snowstorm is coming. If u see folks saving spots, call us on your cellphone to report #NoSavesies pic.twitter.com/9NzUBNVcey

The issue cropped up during last year's winter storms when the PPD launched a #GameofCones campaign to deter would-be defenders of unoccupied parking spaces. There has even been a popular A&E series, "Parking Wars," that ran seven seasons and featured squabbles in Philadelphia.

Officials with the Philadelphia Police Department did not immediately clarify what type fine or citation can be given to violators of the #NoSavesies rule.