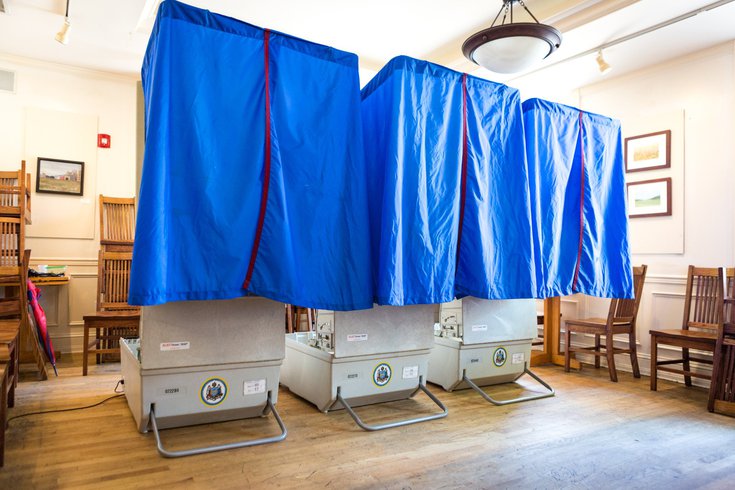 Philadelphia plans to reduce polling locations for the Pennsylvania primary by more than 70%. Counties across the state are responding to the COVID-19 crisis in similar fashions, urging residents to apply for mail-in or absentee ballots before May 26 deadline.

A plan from Philadelphia's City Commissioners will dramatically reduce the number of polling place locations in the city for the primary election on June 2.

The plan, expected to be approved this week, will decrease the number of places where votes are cast down to just 190 in response to the COVID-19 crisis. By comparison, there were 831 polling places in November's municipal election in Philadelphia.

Traditionally, where Philadelphia residents vote is determined by the ward and division in which they live, with the city divided into 66 wards and 1,703 voting divisions or precincts. The proposal for next month's primary would redraw the boundaries for those polling places, consolidating wards and divisions into larger areas called zones.

A preliminary list of polling place locations and zone maps was released by the commissioners on Tuesday. Consolidated polling place lists must be final and public by May 18.  Locations should be posted to  VotesPA.com and to county election websites.

The reduction reflects a combination of health concerns and widespread shortages of poll workers, who would normally staff polling locations. Even under normal circumstances, these positions are difficult to fill. With the threat of an infectious disease that spreads easily in congregate settings, staffing has become more dire in 2020.

There are concerns that with fewer polling places open and efforts to maintain social distancing at these sites, long lines and space will become a logistical challenge to the primary operating smoothly. Counties continue to work with the Pennsylvania Department of State to ensure that enough personal protective equipment is available to follow coronavirus safety guidelines.

The counties surrounding Philadelphia similarly have cut down on polling locations in accordance with an emergency law allowing up to 60% reductions. In some instances, like Philadelphia, a greater than 60% reduction has been allowed with special permission from the legislature.

In Philadelphia, the zone maps were determined partly by the number of mail-in and absentee ballot applications from various city neighborhoods. Locations also were selected based on their ability to accommodate social distancing as much as possible.

“The 2020 primary will represent a tectonic shift in how Pennsylvanians vote,” said David Thornburgh, president and CEO of the nonprofit Committee of Seventy, which advocates for better politics and government in Philadelphia and across the state. “Unprecedented numbers of voters will vote by mail. Voters who vote in person will experience longer lines. All of us will be concerned about the health risks."

Most counties, including Philadelphia, continue to urge residents to apply for a mail-in or absentee ballot to cast their vote.

Registered voters who wish to submit a mail-in or absentee ballot can apply online with a valid Pennsylvania driver's license or a photo ID from PennDOT. They also can apply via mail or in-person at their county's election office. The deadline to apply is 5 p.m. May 26.

If the application is accepted, voters will receive a ballot with instructions for completing it. They must then send it to the county election office.

Pennsylvania citizens who aren’t registered to vote must do so by Monday, May 18.

Those who wish to be a poll worker on June 2 can still fill out an interest form to be contacted by county officials.

"Before June 2, we’ve all got to take responsibility for learning how to vote, and encouraging our friends and neighbors to learn as well," Thornburgh said.