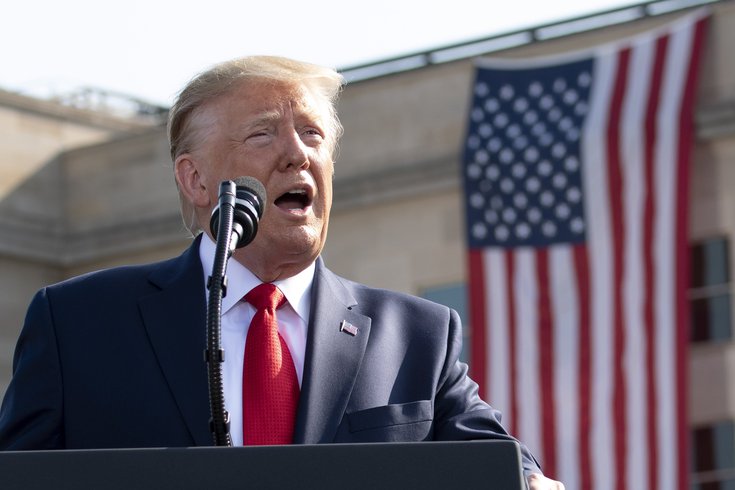 President Donald Trump will visit a medical equipment distribution center in Lehigh County on Thursday after plans fell through for him to tour a Delaware County factory.

Trump will tour an Owens and Minor, Inc. distribution center in Upper Macungie Township, a White House official confirmed to The Morning Call. The company, which is based in Virginia, distributes personal protective equipment to hospitals and health care systems across the country.

Trump is expected to speak on bolstering the Strategic National Stockpile — the federal government's repository of medical supplies for combating public health threats. Health care workers have expressed concerns regarding the shortage of PPE, including N95 respirators, surgical masks and gloves, since the coronavirus outbreak began.

The president had planned to tour Braskem America factory in Marcus Hook on Friday, the Washington Post reported. In April, 43 workers lived in the Delco factory for 28 days in order to rapidly produce millions of pounds of material needed to make PPE. But the visit fell through because factory officials were concerned that it would put workers at risk and limit their ability to safely produce materials.

Trump has declined to wear a face mask despite the U.S. Centers for Disease Control and Prevention recommending all Americans wear facial coverings when they are unable to social distance.

Earlier this month, Trump toured a Honeywell factory that produces N95 masks in Phoenix, Arizona without putting on a mask. But he did wear protective eye equipment.

"The great people of Pennsylvania want their freedom now, and they are fully aware of what that entails," he wrote, adding, "Be safe, move quickly!"