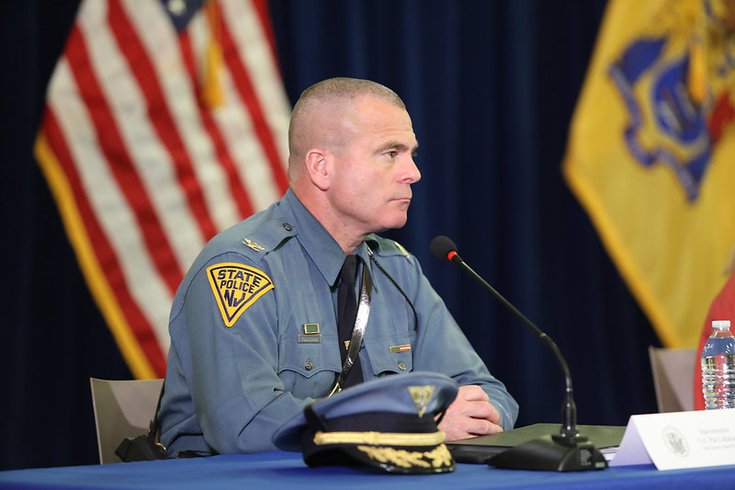 "Wave parades" are allowed in New Jersey, state officials clarified on Monday, days after state police sent a memo to education leaders seemingly banning the practice, which has become a popular means of celebrating while maintaining social distance.

The memo was explained further during Gov. Phil Murphy's daily COVID-19 press briefing. The memo had been sent New Jersey's public and private schools ahead of the upcoming graduation season.

Residents who wish to honor high school graduates this spring with can do so, as long as people do not congregate in groups, state officials said Monday. People who want to drive by a graduating senior's house and honor students while the student remains on a front porch or lawn with family is permitted.

The processions of vehicles have become known as wave parades because the participants in the cars and the honorees wave at each other. The events allow people to maintain social distance and help mitigate the spread of the coronavirus.

The memo stated, and New Jersey State Police Superintendent Col. Pat Callahan reiterated, that gatherings of high school seniors in public settings – such as the front lawn of a high school, a high school football stadium, or a town hall – where people can drive by to congratulate them, en masse, are prohibited.

Callahan said that these gatherings violate the New Jersey's stay-at-home order and ban on private and public gatherings of all sizes, which were instituted March 21.

Wave parades are "a great gesture of solidarity," as long as they do not summon groups of people together, Callahan said.

New Jersey State Police had sent a memo to public and non-public schools and educators over the weekend that seemed to say wave parades to honoring high school graduates were among the kinds of events — such as graduations and proms — that are banned until further notice. The letter stated virtual celebrations should be prioritized to mitigate the spread of coronavirus.

The letter created enough confusion over the weekend that the New Jersey Attorney General's Office got involved to explain the memo, but by that time, misinformation that wave parades had been banned spread on social media and in some news reports.

Wave parades where a graduate and his family remain at their residence – separate from other grads – while friends and family wave and cheer from the vehicles are permitted.

“That’s not what the letter was talking about,” a spokesperson for the Attorney General's Office told NJ.com, explaining that the memo cautioned against events that would result in groups of high school seniors congregating as a procession of vehicles drove by – New Jersey does not want those taking place.

Wave-parade, drive-by celebrations for birthdays and other milestones, including somber processions for people who have died, already have been taking place across the state, and they may continue, New Jersey officials said.

When New Jersey announced on May 5 that all schools would remain closed for the remainder of the academic year due to the coronavirus outbreak, the state promised it would work with school districts on safe, creative ways to honor graduating high school seniors — such as virtual graduation ceremonies or in-person gatherings taking place later in the year after the threat of the coronavirus subsides.

New Jersey reported 1,453 confirmed new coronavirus cases on Monday, bringing the state's total to 139,945. The state also reports that 59 more people had died from COVID-19, bringing the total number of fatalities due to the virus to 9,310.

South Jersey counties have had 14,083 positive coronavirus cases and 677 deaths due to COVID-19.