Schools across the state have been closed since March 18 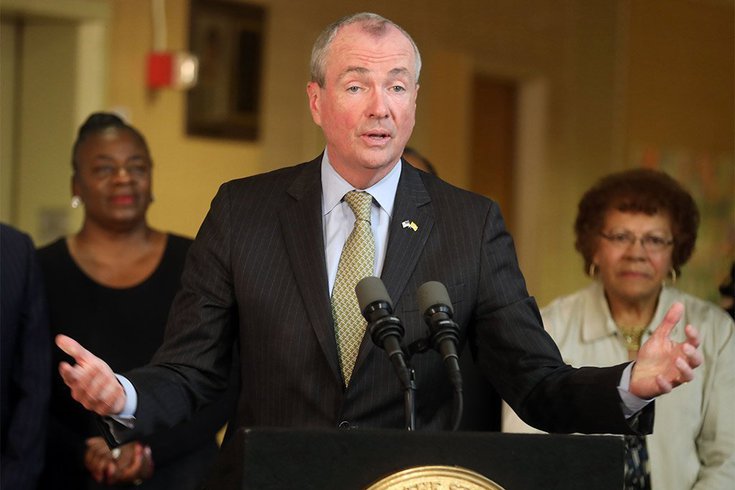 New Jersey schools will be closed for the remaining school year and continue with virtual learning from home due to the coronavirus pandemic, Gov. Phil Murphy said on Monday.

All New Jersey schools will remain closed for the rest of the 2019-2020 academic year and students will continue with virtual learning, Gov. Phil Murphy said Monday.

Private schools with longer academic years will remain closed through June. The New Jersey Department of Education will conduct meetings to determine both whether summer educational programs can proceed and the reopening of school buildings for the 2020-21 academic year, Murphy said.

The state's Department of Education has also applied for $310 million in federal education assistance, including $280 million which would help school districts cover costs for purchasing educational technology, cleaning and sanitizing buildings, and ensuring student support services.

Additionally, all high school spring sports have been canceled for the rest of the year after the NJSIAA advised against resuming athletics this season due to a lack of COVID-19 testing, other viable treatments, and a vaccine.

Murphy said that the decision to shut down New Jersey schools for the remainder of the academic year—which he described as "tough but right"—came after consulting with officials from the Department of Education, school district officials from across the state, educators, parents, and public health experts. He said that it was a necessary step in helping students stay healthy and safe, as well as to ensure a responsible restart and recovery across the state.

"I had hope that we could get back to a sense of normal by allowing our children to return to the schools they love and to be with their friends and classmates," Murphy said. "But the reality is we cannot safely reopen our schools to provide students and families, or faculty and staff, the confidence needed to allow for a return to in-person instruction.”

"The hurdles—logistical, educational, and practical—that would’ve allowed students and faculty to return even for a short while could be not overcome," Murphy continued. "We could not guarantee an environment that would not only be safe, but fully capable of meeting the educational needs of students in a setting built for social distancing.”

We’re working with the principle that public health creates economic health – or in this case, educational health.

If the standards are high to reopen our workplaces are high, they are even higher when it comes to schools filled with our children.

Murphy said that he wanted to gather as much information as possible over the last several weeks and give graduating high school seniors a chance to return to school this year before making a final decision, as many students and their parents had urged him to reopen schools.

But the vast majority of pressure came from people who wanted schools closed sooner rather than later, Murphy said. Ultimately, allowing seniors an opportunity to return to school before graduating was "a bridge too far" for Murphy, who is the father of a high school student too.

State officials said that they are going to work with school districts on safe, creative ways—such as virtual graduation ceremonies or in-person gatherings later this year if the virus has dissipated and social distancing can be practiced—to honor graduating high school seniors.

Murphy also thanked all the parents, guardians, educators, and staff across the state for their efforts in keeping learning going during the coronavirus pandemic.

“I know it hasn’t been easy, but I also know that you have been extraordinary," Murphy said.

The governor first ordered all public and private schools closed because of the states coronavirus outbreak on March 18. A week later, all standardized testing scheduled for this spring was previously canceled.

The cancellation of the New Jersey Student Learning Assessment – the exam previously known as the PARCC – will not prevent high school seniors and eighth graders from receiving their diplomas this year. Additionally, the 2019-20 student assessment requirements have been waived for those same students.

Pennsylvania announced on April 9 that all schools across the state would remain closed for the rest of the year.