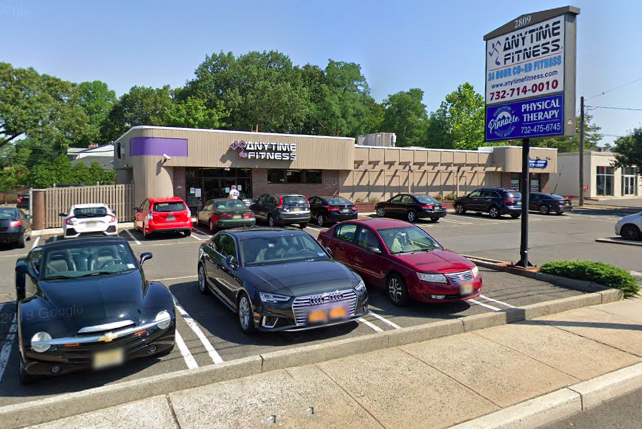 The owner of Anytime Fitness in Point Pleasant, New Jersey, was charged with four counts of violating the state's stay-at-home order during the coronavirus pandemic.

The owner of a Point Pleasant gym was charged with violating New Jersey's stay-at-home order after detectives discovered she allegedly was sneaking people in for workouts through a side door.

In March, Gov. Phil Murphy ordered all fitness centers to close as part of the state's aggressive efforts to prevent the spread of COVID-19.

Point Pleasant residents told authorities they suspected Lauria was allowing people to enter and use the facility, police said. Authorities issued several warnings to Lauria to stop opening the gym to members of the community.

On April 28, as part of a compliance detail, police observed several people entering the side door and exiting about an hour later. When officers approached these people, they allegedly admitted they had been using the gym.

Lauria is charged with four counts of violating the governor's orders. She faces a six-month prison term, a fine of up to $1,000, or both, at the discretion of the court.

New Jersey, one of the states hit hardest by the coronavirus, plans to open up golf courses and state and county parks this weekend. While the state as a whole has made progress over the past week, South Jersey still has not reached its peak of hospitalizations.

In Georgia and Oklahoma, some gyms began to reopen on Friday despite criticism from public health experts. Broader reopening of gyms, which carry unique risks for coronavirus transmission, is expected to be advised only when cases have been sufficiently lowered.