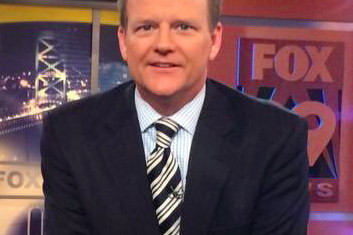 Chris O'Connell, a local anchor for FOX 29 and a father of twins, had no idea why he couldn't see out of his left eye when he awoke on the morning of January 12, 2016.

He felt as though "a shade had been drawn over half of it," he told People in advance of a special segment recounting his winding path to a diagnosis at WillsEye Hospital.

At 46 years old, O'Connell, otherwise healthy, ran through a list of the most likely possibilities. He visited an eye doctor, but the most common conditions were all ruled out, from multiple sclerosis to Lyme disease.

Still unsatisfied, and unable to see clearly, O'Connell got a second optical coherence tomography (OCT) test completed at WillsEye—and the eventual diagnosis was a shock to him. O'Connell had suffered a stroke.

A visit to Thomas Jefferson University's cardiology department revealed that O'Connell had a pair of heart defects that may have contributed to his condition. Had the stroke spread to his brain before it was detected, O'Connell might have died.

"As a reporter, I cover a lot of horrible stories and see the worst of the worst," O'Connell told People. "I want to tell everyone that sudden vision loss is a sign of bigger health problems. If it happens to you, don't wait."