Philly startup rolls out 'ThirdEye' mobile app for the vision-impaired 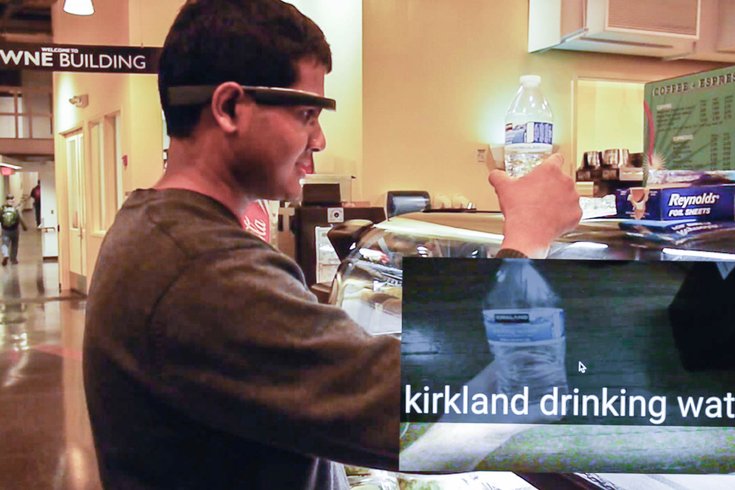 Joe Cappadona, 19, was a helping hand to his vision-impaired grandfather when he was a kid: He picked out foods at the grocery store, fetched change from cashiers -- ordinary actions any aid to the sight-impaired might be familiar with.

Those moments ultimately led him and two other freshmen at the University of Pennsylvania to co-found "ThirdEye," what strives to be a first step toward further empowering those with low vision.

ThirdEye is an app for iOS that scans an object and reads back its label. Buttons that prompt scanning and reading are large and bright-colored so as to be user-friendly for those with low vision; the meat of the technology, meanwhile, is sophisticated enough that it can identify an object right down to its brand name.

"Someone who can kinda tell they’re looking at four blobs in front of them, but don’t know what those blobs are," he said. "That blob could be a phone or a pillow."

Originally, he said, the technology was developed in 36 hours as part of a Fall 2014 PennApps hackathon, but the passion behind the project grew several times after being inspired by positive feedback.

"We presented at the final ceremony, and a lot of judges who just happened to be seasoned angels and current founders came up and said, ‘This product is really cool. If you guys do research and see this has a product market, I could see this turning into a business,’" said 19-year-old Bhageria. "We were excited about that because our team was entrepreneurial and excited by the prospect of starting a company in the third or fourth week of college."

So, they got right to work: They began tinkering with Google Glass, creating fully functional software that would read back labels through the headwear. But because of Google's back-to-the-drawing-board move with the gadget last year, they shifted focus over the summer to create a mobile app.

The technology's accuracy, Bhageria explained, is vetted through "computer vision" (read: image analysis) and a database that automatically grows every time a new item is scanned. It's different than competing apps like TapTapSee, he said, because it bypasses that app's comparably slower "machine learning" process. They also developed cautionary prompts for the device that remind visually impaired users to seek assistance when identifying potential dangerous objects -- like, for example, which prescription bottle might be the right one. 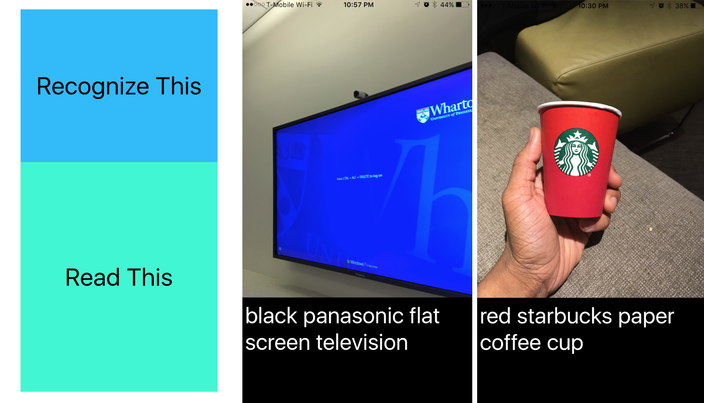 The interface of ThirdEye, an app developed to scan and read back objects to people with visual impairments. It's currently available for iOS.

The overall design of the product is based on a year's worth of research, consultation with ophthalmologists and testing conducted with the help of Overbrook School for the Blind. The potential user base, they found, is substantial: In Pennsylvania alone, according to the National Federation of Blindness, there are 285,300 people estimated to live with a visual impairment, making it the state with the fifth-highest population of blind or sight-impaired persons. Millions more live nationwide and around the world.

However, Bhageria clarified, they opted to file for nonprofit status, rather than remain a for-profit company -- largely because of their desire to find funders with honest intentions. (To date, they've operated without outside investment.)

"I think it opened the doors for funding from sources more aligned with our mission, in that venture capital [firms] and angels most probably won’t be as interested in our company because we don’t have huge returns," Bhageria said. "Just looking at our financials, realistically we’re not going to see that four-times growth they’re looking for."

"There's really a small subset of people out there who can work on this problem, and not much technology or competition out there," he said. "I don't think this product alone will be enough."

ThirdEye officially launched on the App Store in December. It's free to download and use for the first month, with a pay-per-use system in place following that trial period.