We Stand Together: Hate crime brings Philadelphia's Muslim community together 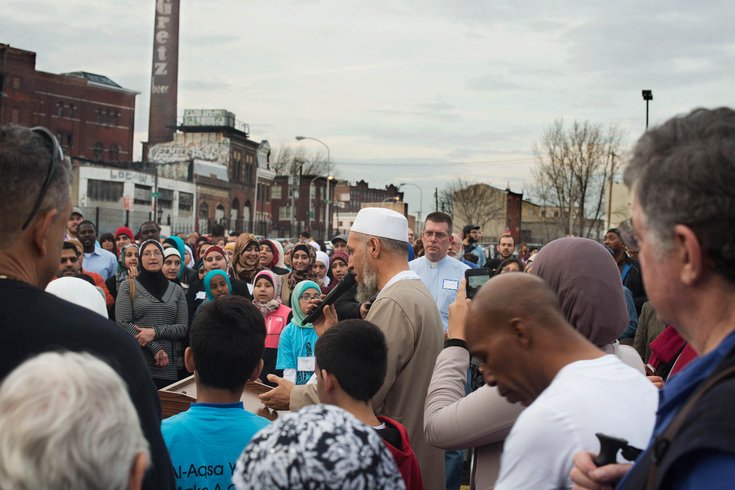 The crowd listens as Imam Mohamed Shehata, joined by other members of the community, speaks in Arabic, "Special gratitude for your great support, your beautiful cooperation, and your compassion."

Amid rising Islamophobia nationally, the Philadelphia Muslim community and interfaith leaders come forward in peace, tolerance and unity after a local mosque becomes the target of a hate crime.

Almost a week since a pig’s head was thrown on the sidewalk outside of the Al-Aqsa Islamic Society in Kensington, people of all backgrounds across Philadelphia and beyond joined together to show support for the mosque.

This past Saturday, the Society hosted a barbecue to thank neighbors and friends. Hundreds came out for the food and company. Children played while the smell of falafel, burgers and beef hotdogs were woven with voices from the crowd chanting, “We stand together.” 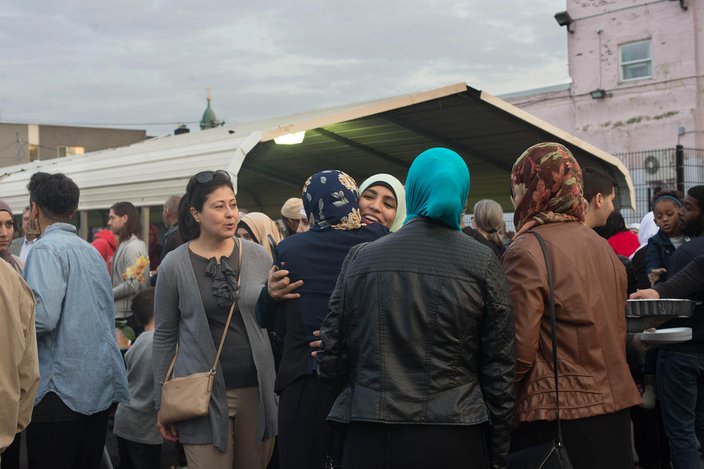 Friends greet one another after Imam Mohamed Shehata, who was joined by other members of the community, spoke in Arabic, "Special gratitude for your great support, your beautiful cooperation, and your compassion" Saturday, December 11, 2015. 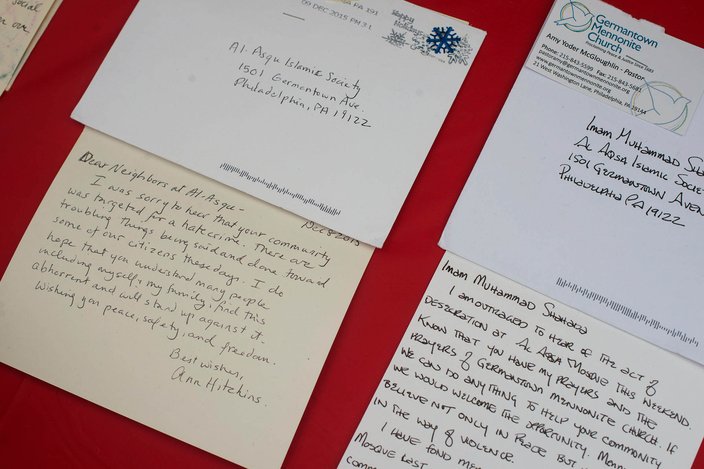 Since the incident, letters of support from all across the country and world have found their way to Al-Aqsa Mosque. 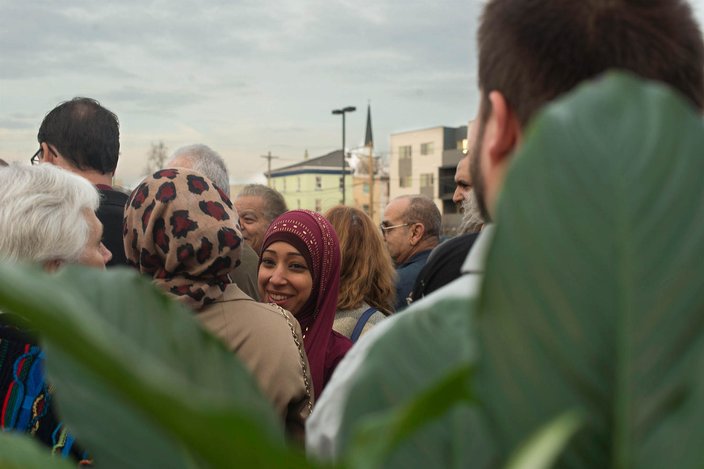 Friends greet one another after the speeches concluded. 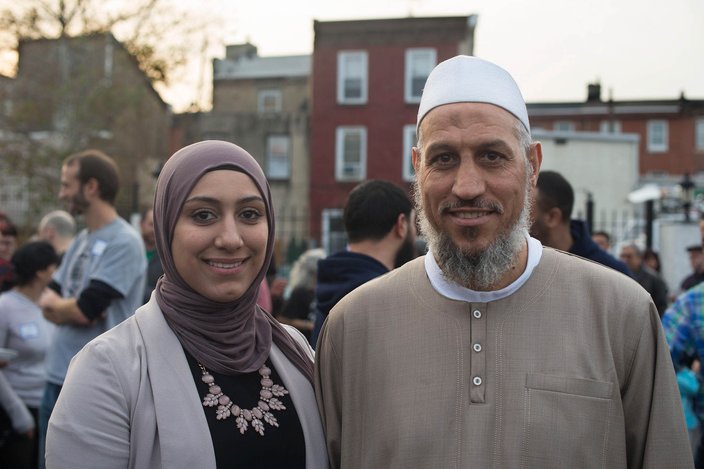 "Islam is a great religion. Its main message is peace and love, and those who act differently are spreading the wrong message and not acting upon the true meaning of the religion. Anyone who harms themselves, innocent people or even a plant is not considered to be among Muslims. I hope that the media and authorities address this and let people know they shouldn't do any kind of harm to one another. Once there is fear, people are not capable of giving. But when there is no fear, good is given. When someone stays in fear, he has lost everything. This is Philadelphia, the City of Brotherly Love. Anyone in Philadelphia, I wish for you the best." Imam Mohamed Shehata, right, translated by his daughter, Lilyalaa Shehata, left. 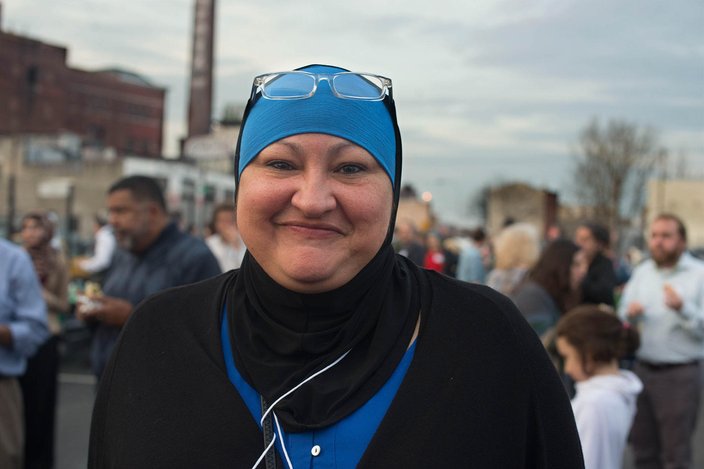 "Bigotry has no place in Northern Philadelphia or any part of Philadelphia. We won't have it from anyone for anything. This is all of us coming together. It doesn't matter who you are, what you believe in or where you come from. We all have to love and respect one another and put a stop to the hatred." Maryam Abuawadeh 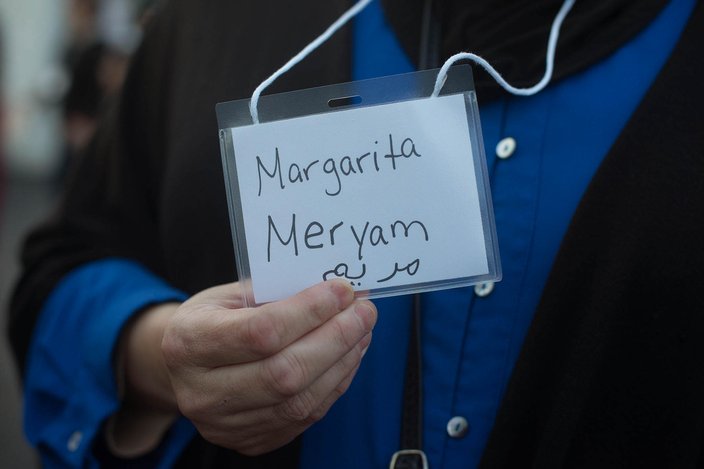 “We suffer the most. We suffer every time we see something that has happened in the community or overseas like what happened in Paris or San Bernardino. That affects us more than anyone really knows. We suffer, we have pain, we cry. We know we are going to have backlash. We won’t take it, but at the same time we are saddened by what happens. This affects us, too. Don’t think that because we are Muslim that we aren’t saddened, or shocked, or angry. We choose not to be violent or to fall into what these people want — to give them more attention. We won’t have that. We want to come together in [the] community and give back. In order to do that we need to be embraced as people and accepted." Maryam Abuawadeh 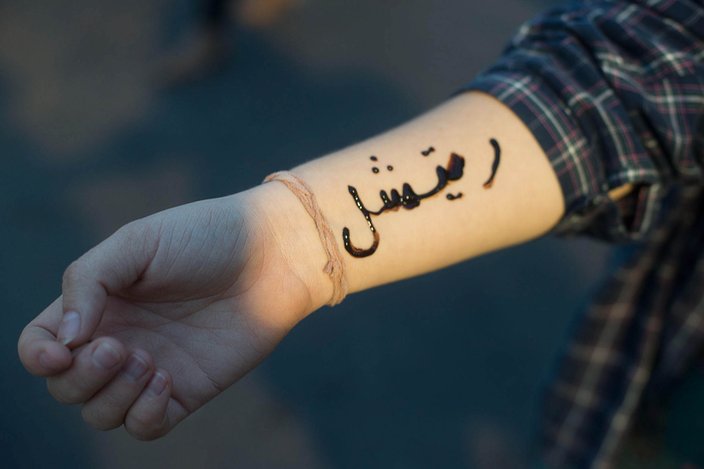 Organizations set up tables on the outskirts of the gathering. CAIR (the Council on American-Islamic Relations) offered information while others were more playful. Here, a young woman had her name, "Rachel" translated into Arabic and written on her arm in henna as the sun began to set. 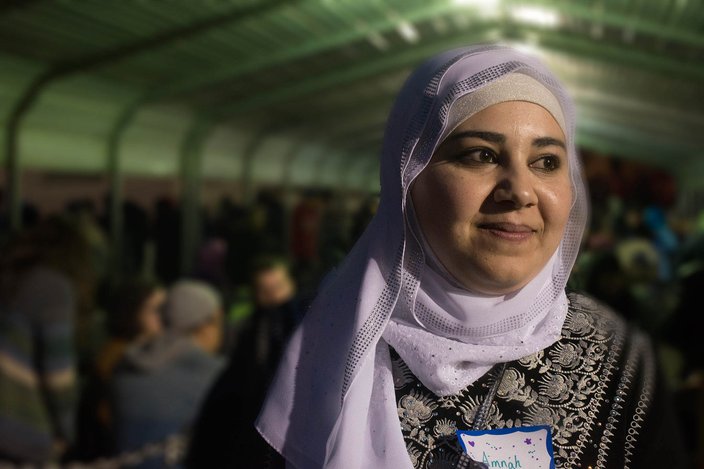 "It's amazing. When the incident first happened we felt that hate and discrimination are real, but after we've seen all of these people we see they are here for our humanity." Amnah Ahmad, Associate Director of AADC. 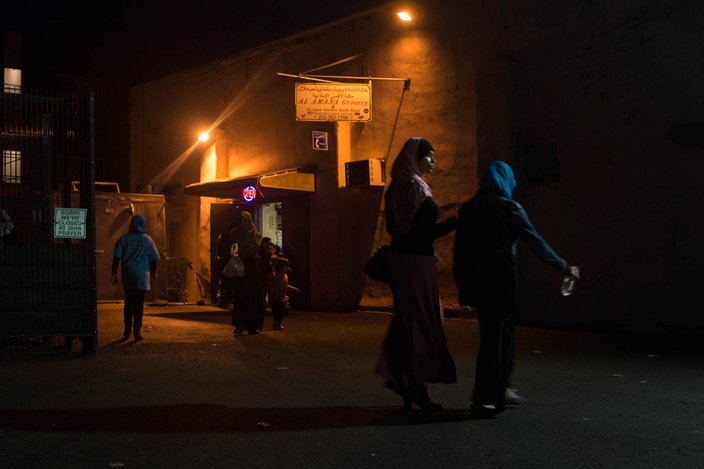 Women walk back and forth to the market beneath amber light. Al-Aqsa has been a resource center in the Kensington Muslim community since 1989. In addition to the mosque, it holds a small private school, social hall, market and is home to the Arab American Development Corporation.

All photos and text by Dave Angilella.