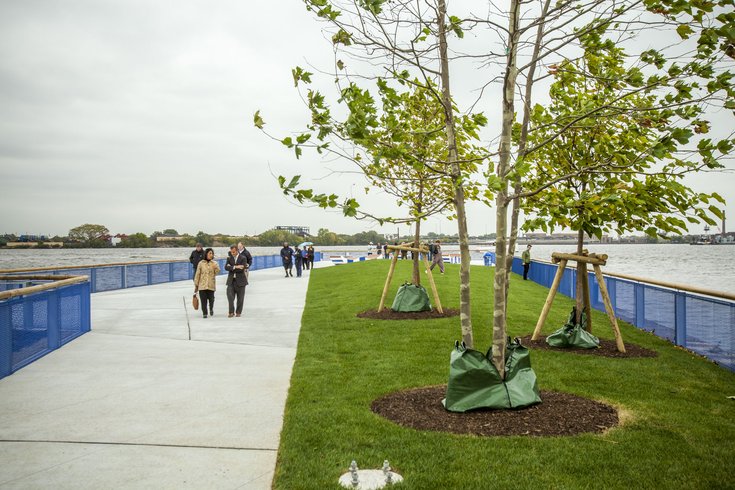 The grand opening of Pier 68 on the Delaware Waterfront, near the Wal-Mart Plaza in South Philadelphia, Thursday, Oct. 1, 2015.

The Delaware River Waterfront Corporation continued its mission of improving access to the city’s waterways with the opening of Pier 68 in Pennsport Thursday. As the third pier park to open in the past five years, Pier 68 expands the DRWC’s reach farther south, bookending the Delaware River Trail that will eventually stretch up to Washington Avenue.

The pier is located on the outer edge of the parking lot for the Home Depot and Wal-Mart along South Columbus Boulevard. Though its placement means it’s technically located on Pier 70 Boulevard (confusing, we know), it’s easily accessible by car or public transportation.

As Race Street Pier has become a hot spot for fitness events and Washington Avenue connects visitors to the waterfront's past, Pier 68 will soon become Philly’s favorite fishing hole. In fact, its design is more minimalist than other popular DRWC projects because it is meant for passive recreational activities like fishing (with proper licenses) or birdwatching. It will be open year-round, seven days a week, from dawn until dusk. 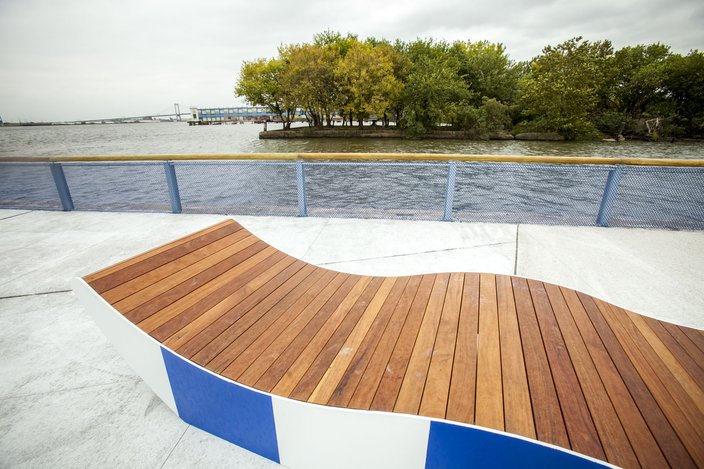 Of course, Pier 68 won’t be all baits and hooks. There's a lawn for lounging and places for gazing into the river as boats float by, with tables and benches for having a picnic. There is also plenty of spacious sidewalk where live events and programs could potentially take place. Thankfully, the pier also has a tree canopy planted at its entrance, blocking much of the parking lot from view and allowing for a real, if momentary, escape from city life. 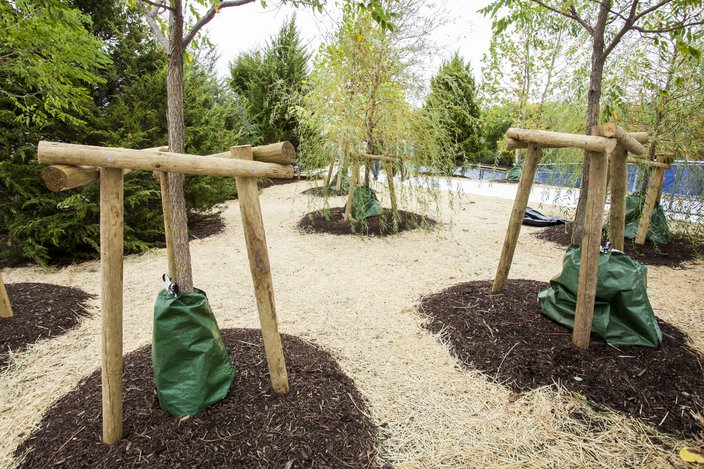 Some other highlights include the wave-shaped benches built in collaboration with the Challenge Program. Their designs were inspired by the mustaches Philadelphia's sailors would have worn in the late 19th century. A deep cut through the pier's surface makes room for an aquatic garden just atop the water, giving visitors a peek into river life. There are also special fishing benches, complete with pole anchors, at the end of the pier. 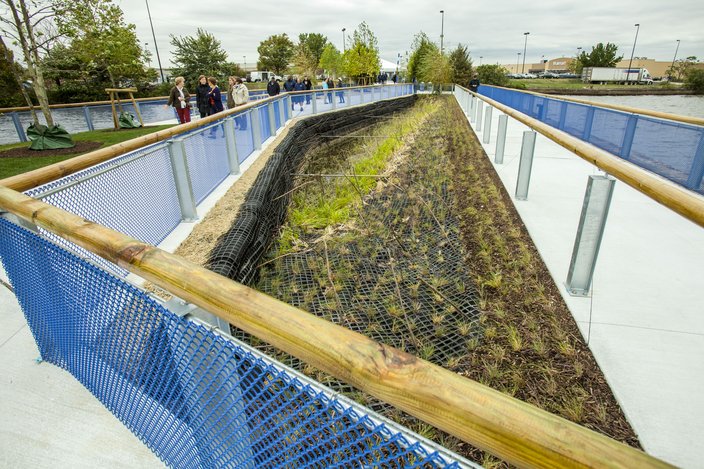 A cut into the pier's surface provides a peek into the aquatic garden below. (Thom Carroll/PhillyVoice)

At the grand opening of the park Thursday, Mayor Michael Nutter joked, "I don’t get down to the waterfront anywhere near as much as I would like - although apparently, in the upcoming months, I'll have a little more time on my hands."

Mayor Nutter and Deputy Mayor for Economic Development and Director of Commerce Alan Greenberger emphasized at Thursday's event that Pier 68's opening is emblematic of the city's effort to reconnect with its waterfront. When all is said and done, the city's and DRWC's master plan will connect both Philadelphians and the East Coast at large to the area.

Long-term plans include integrating Penn's Landing into pedestrian life by capping I-95, adding even more parks and luring private development to the area. As the success of Winterfest/Summerfest, Spruce Street Harbor Park and the three pier parks shows, Philly is embracing the effort. 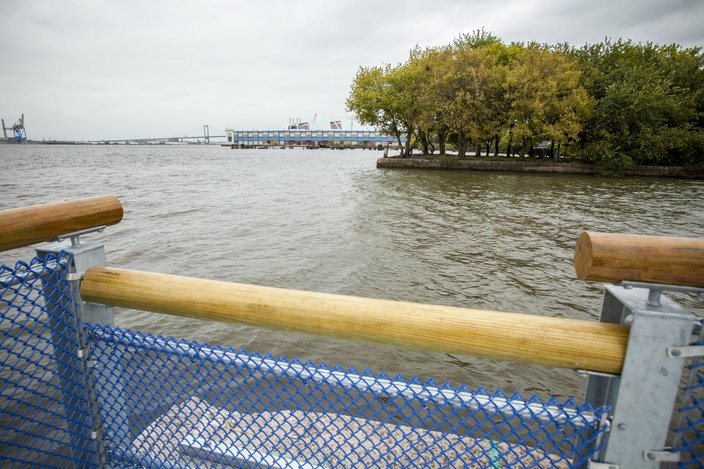 Fishing is permitted, with the proper licenses, off Pier 68. (Thom Carroll/PhillyVoice)

"In a couple years, when all of this is in place, it’s going to be hard to remember what it once was," Greenberger said.

The Pier, which was once home to the W.J. McCahan raw sugar warehouse, was designed by Studio Brian Haynes and built by female-led firms Bittenbender Construction and Hydro Marine Construction. It took seven months to build and cost $1.7 million in funding, which came from sources like the William Penn Foundation, Wells Fargo and Wal-Mart.