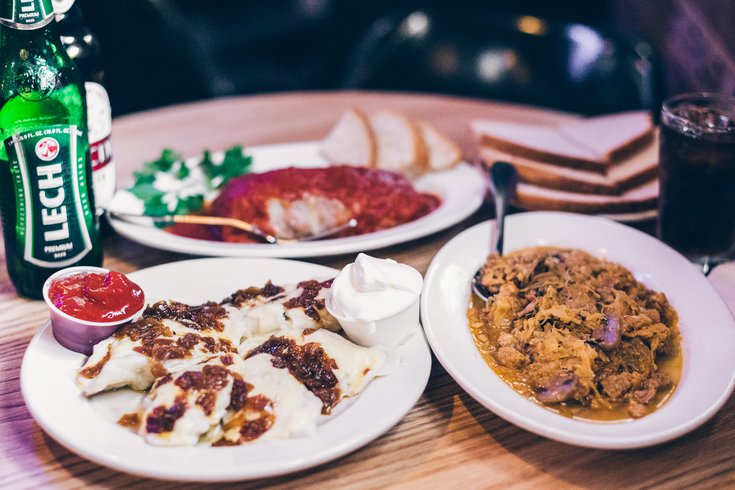 Between the fortress-like stone exterior and the sign on the front door that says “NO Public Restrooms Customers ONLY,” Donna’s Bar isn’t exactly the kind of place that most folks would wander into for a pint out of the blue.

But fortune favors the brave.

Step inside and you’ll find Sophie Zawelski, the warm and friendly second-generation owner of this Port Richmond institution. Donna, her mother, opened the bar in 1981.

“It’s not her place though — I acquired the place from her in 1995,” Zawelski says on a recent weekday afternoon while Polish satellite TV hums from the back of the dim barroom. 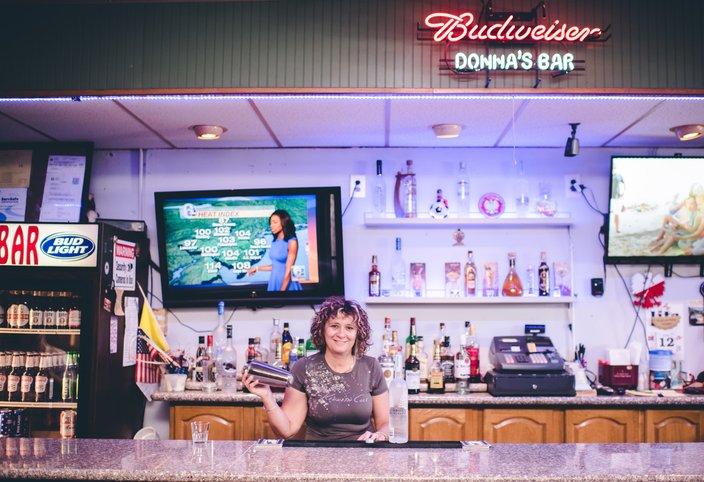 Sophie Zalewski took over her mom's bar in 1995.

At the time, she was in the process of getting her real estate license and her mother was ready to retire from the bar business. At the last minute, the buyers Donna lined up fell through. “I made a very spontaneous decision without even talking to my husband, and I said, ‘You know what, mom? I’m going to buy this place from you,’” Zawelski recalls.

Initially, she took the property on as a lease, testing the waters to see how this 14-year-old neighborhood locale would fare without its namesake.

And things didn’t change much in the beginning — especially when it came to those handmade pierogis that earned the place so many regulars over the years.

Much like a perfectly stuffed and folded soup dumpling or an expertly executed ravioli, a pierogi at Donna’s is the stuff dumpling dreams are made of. Once or twice a week Zawelski heads in at 5 in the morning to roll and stuff upward of 60 dozen by hand. Filled in the traditional way with potato, sauerkraut and finely ground meat — or lightly sweetened farmers’ cheese — the pierogis are boiled to order, topped with a dollop of I Can’t Believe it’s Not Butter and served with sour cream and caramelized onions. And while it might not be traditional, a bottle of deeply flavored seasoning sauce Maggi lands on the table with each order. 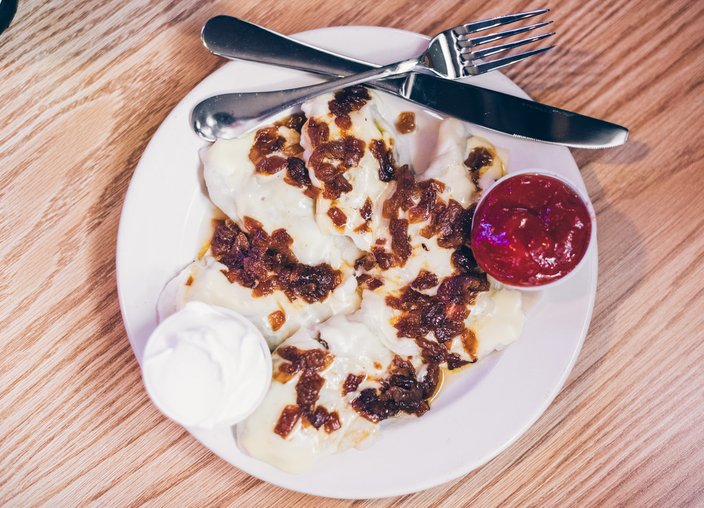 The pierogies are a Donna's staple.

After settling into the business, the interior was remodeled and Zawelski, a passionate home cook, began to add items to the dry-erase menu board: Cheesesteak pierogis topped with cheese and onions, delicate Galumpkis (meat-filled cabbage rolls served with tomato sauce) and bigos (a traditional hunter’s stew of kielbasa, pork, beef, tomatoes and mushrooms).

Ten years ago Donna’s made another change that has since helped to define the place, this time outside of the kitchen. Zawelski’s husband pitched the idea of a karaoke night.

“I like to be set in certain ways, if you know what I’m saying,” she said. “It’s not that I don’t like changes but it was his idea.”

“My voice is a little squeaky on the mic but I enjoyed it. You got to do what you got to do!”

At first, she was the emcee. “My voice is a little squeaky on the mic but I enjoyed it. You got to do what you got to do!” (She also been hosts Polish beer and food tastings, and charity karaoke nights.)

Soon enough this Polish corner bar became a karaoke hot spot. On Friday nights the place is packed with a diehard crew of American Idol caliber diehards who make their way from all over the city to belt out their best Barry Manilow and Britney Spears. 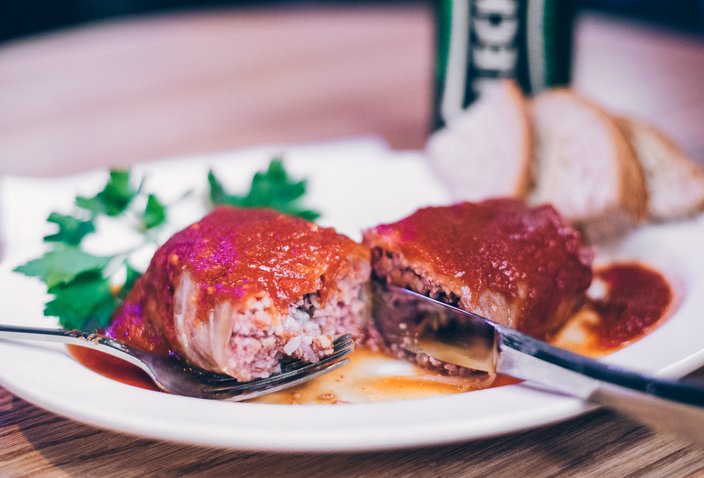 Zawelski and with her longtime friend and Donna’s bartender, Bosha, also run a burgeoning catering business. They and hope to turn that into its own standalone restaurant sometime soon.

Asked if there’s a secret ingredient that goes into her pierogis, Zawelski gets serious: “My love. I might be lying to myself but I honestly believe that I put my heart and soul into it,” she says.