P.J. Whelihan’s is offering an unlimited chicken wings deal for one day 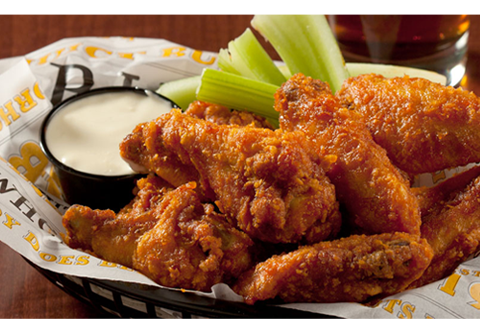 Unlimited chicken wings deals are tricky. Oftentimes they seem like a bargain — all the wings you can house for usually somewhere around $15 and some change.

The problem is that it's usually difficult to finish enough wings to offset the extra price. Let's say you only finish 15, and it turns out that would have only cost you $12.

That said, if you plan your day around being hungry enough later on, you can take advantage. For example, my buddy and former roommate Joe and I once went to Cavanaugh's Headhouse for their unlimited wing night deal. Joe, a former producer at SportsRadio 94 WIP who's attended his fair share of Wing Bowls, essentially starved himself for the day and cleaned wings off the bone at a pace that would impress Joey Chestnut.

P.J. Whelihan’s is offering a similar opportunity to gorge yourself on Saturday, July 29, which is National Chicken Wing Day, apparently a real holiday.

Per a press release:

With 14 locations throughout PA and NJ, it’s a breeze for wing lovers to flock to this friendly eatery and find the mightiest, mouthwatering wings. Available naked or breaded, slightly sweet to super spicy, there’s a wing for everyone. As an extra win on National Chicken Wing Day 2017, P.J. Whelihan’s is offering guests endless wings for $15.99. This all you can eat offer is valid in store only and excludes takeout.

Remember: Show up with an appetite and try and skip the beer to avoid filling up on alcohol. You can find the P.J. Whelihan’s location closest to you here.

(Author's note: After being told he would be mentioned in this story, Joe said in a statement to PhillyVoice that he "wanted to keep going" after the initial 35 wings. Joe claimed he "could have put another 10 down" but he didn't want his roommates to "watch how pathetic I actually am.")