Police: Someone left an 'unwanted present' in Bryn Mawr library 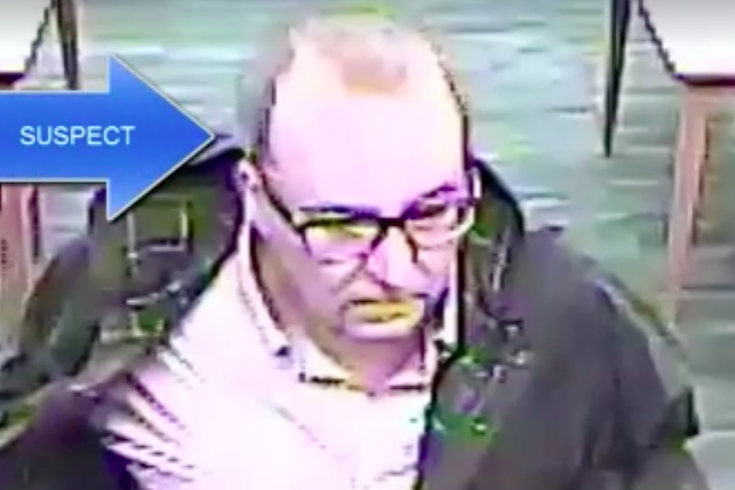 Police are searching for this man who they say left an "unwanted present" in the stairwell of a Delaware County library.

Police are searching for a man they say dropped off something inside a Bryn Mawr library that belongs in a restroom, not on a bookshelf.

According to police, the suspect went into the stairway of the Ludington Library on Dec. 17 and left an "unwanted present" in the stairwell.

Lower Merion police posted surveillance video of the suspect -- leaving out the alleged act -- on their Facebook page.

Now, the Lower Merion Police Department didn't explicitly say that the suspect defecated in the stairwell. However, they did suggest as much in an exchange in the comment section of their post:

Carolynn Angle: Did he poop in the stairway?

This bizarre incident leaves plenty of unanswered questions. Was someone using the restroom and he just couldn’t hold it in? Does he have some sort of beef with the library? Why would anyone have something against a library?

Police want answers. Anyone with information on the suspect is asked to call Detective Lane of the Lower Merion Police Department at 610-645-6225 or submit a tip to police@lowermerion.org.